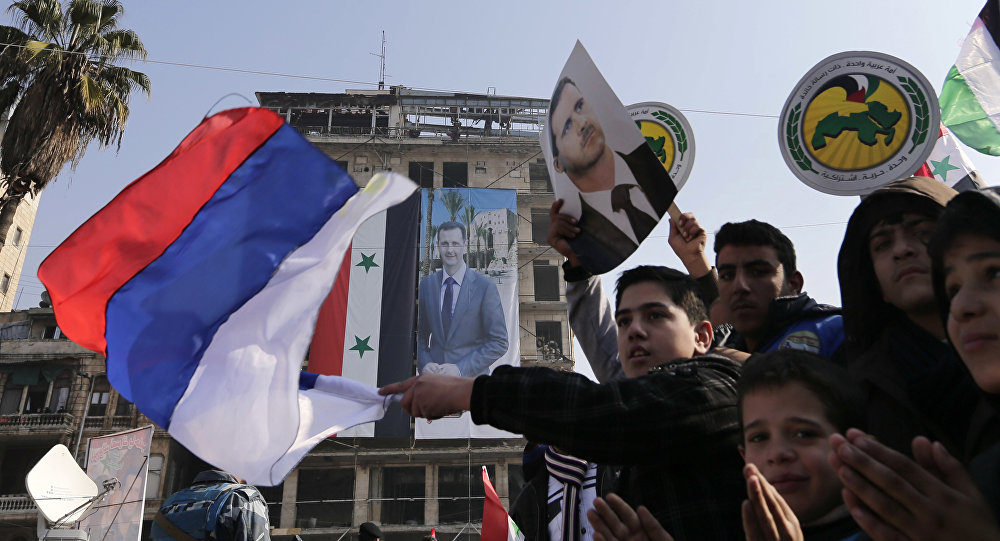 Pierre Le Corf, the head of We Are Superheroes humanitarian organization, stated that the media coverage of the situation in Syria was largely focusing on the negative aspects of Russia's role in conflict.

MOSCOW (Sputnik) — Residents of the Syrian city of Aleppo think that the city would not have survived without the Russians, who have helped Syrian government forces retake control of the eastern part of the city from terrorists, Pierre Le Corf, the head of We Are Superheroes humanitarian organization, told Sputnik.

Syrian government forces regained control of the eastern neighborhoods of Aleppo in December of last year.

"I am French, I have nothing to gain from saying this… You could go to Aleppo and ask anyone who has lived either in the East or in the West, if it had not been for the Russians, Aleppo would have fallen," Le Corf said.

The French activist added that the media coverage of the situation in Syria was largely focusing on the negative aspects.

Le Corf also stressed that very few media were willing to cover the situation in West Aleppo and focused only on the eastern neighborhoods.

According to the activist, his organization's objective was to ensure that people were able to receive medical treatment, by distributing necessary materials and training people to provide medical assistance.

The activist added that some associations operating in Syria at the moment, including the White Helmets, were harmful rather than helpful, as they were more or less radicalized.

"The truth is that the real objectives of these organizations are to spread anti-Syrian propaganda, against the Syrian government, and to keep Syria in the grip of war and continue to force people to believe in this war, to continue legitimizing their presence on the ground, even though they are simply a minority that holds the majority hostage," Le Corf said.

According to Le Corf, there were many Syrians who believed that there was a need for reforms in the country, but the majority supported President Bashar Assad.

The activist said that he was surprised, when during a visit to East Aleppo, he met with 30 or 40 families that were enthusiastically expressing support for their president.

"The people were really happy and, ultimately, they saw Bashar Assad as someone who saved them," Le Corf said.

The activist added that the government would probably have been toppled a long time ago if the people did not support it.

The activist said that a peaceful was of life was slowly being restored in Aleppo, as stores begin to reopen and people return to their homes.