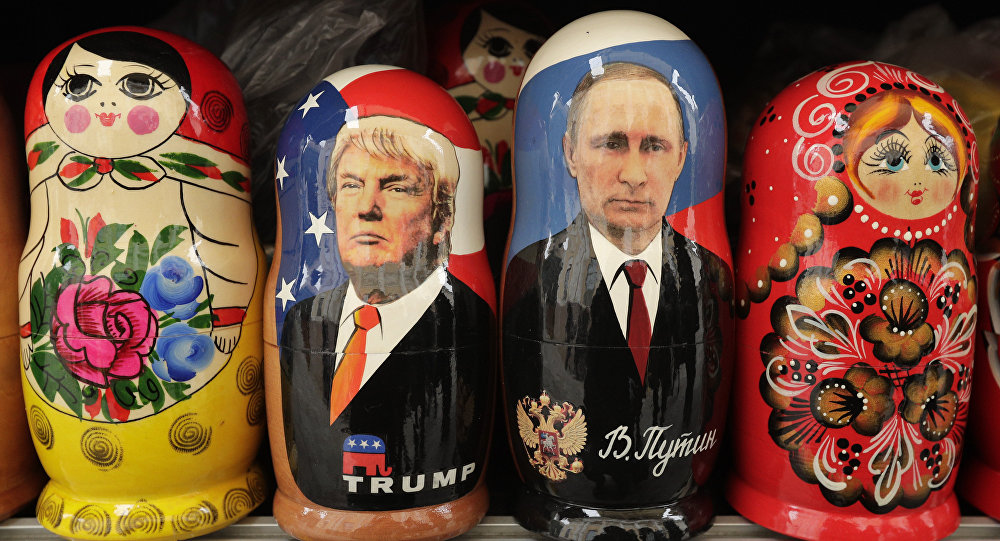 A new website, Hamilton 68, claims to be able to track Russian "propaganda" and "fake news" on Twitter. But Sputnik takes a closer look, to find out if it has found a "smoking gun."

When the Hamilton 68 website was launched on August 3 it was heralded as a potential game-changer.

Nineteen days later, what has it come up with?

The people behind the Hamilton 68 dashboard claimed they were able to track "Russian influence operations" on Twitter by monitoring 600 Twitter accounts.

A closer look at the methodology of Hamilton 68 shows very little fire, behind all the smoke and mirrors.

The platform claims it monitors accounts that are spreading pro-Russian "disinformation," and automated bots which are "reflecting Russian messaging priorities."

Hamilton 68's methodology page says it not only focuses on Twitter accounts which are "likely controlled by Russian government influenced operations," but also accounts belonging to "'patriotic' pro-Russian users" and others which are "extremely active in amplifying Russian media themes," but "may not understand themselves to be part of a pro-Russian social network."

When you look at its main dashboard the top five tweets it refers to are coming from sources such as Sputnik News, RT, Ruptly and the Russian President's official Twitter account.

While the first three may be considered in the West to be "Russian propaganda bullhorns," the latter raises questions as to whether the Russian President runs a private "influence operation" as part of his daily activities.

The organization does not name any of the accounts which are suspected of being newsbots, but the website's dashboard aggregates the hashtags, topics and links that are pushed by the 600 accounts.

And while before its launch Hamilton 68 claimed it would highlight "Russian attempts to influence the news agenda" in the run-up to elections in Germany in October and mid-term congressional elections in the United States next year, a browse through the lists yields nothing short of confusion.

The top hashtags including #maga, the US President's campaign slogan, and #antifa, still trending in the wake of the clashes in Charlottesville, can hardly have anything to do with the German presidential race. They also have been dominating the Twitter feeds of all Western media.

The same goes for the "top trending hashtags" where #solareclipse2017, #solareclipse, #eclipse and #morerarethananeclipse have come out on top.

Coincidently, some of the most popular tweets, including the same hashtags, belong to the CNN.

​Meanwhile the "top topic" picked out by the Twitter accounts Hamilton 68 monitored was Trump, with more than 1,600 mentions in the last 48 hours.

During that same 48 hours, the US mainstream media was dominated by reports of Donald Trump's "scandalous" Secret Service overspending, his latest Twitter fails, his recent popularity shifts and then, his major speech about the US presence in Afghanistan.

Hamilton 68, hosted by the Alliance for Securing Democracy, is also supported by the German Marshall Fund, a non-partisan think-tank, run by a former special assistant to President Barack Obama.

The creators of the platform insist the dashboard shows the content "relevant to Russian messaging themes" and have been quoted as saying they have selected "very high confidence" accounts that were spreading Russian disinformation.

In the meantime, according to the site's own "methodology description" page, the network "requires further study" before its relationship to Russian influence operations may be "fully assessed."

Twitter has said it was not involved in the project.