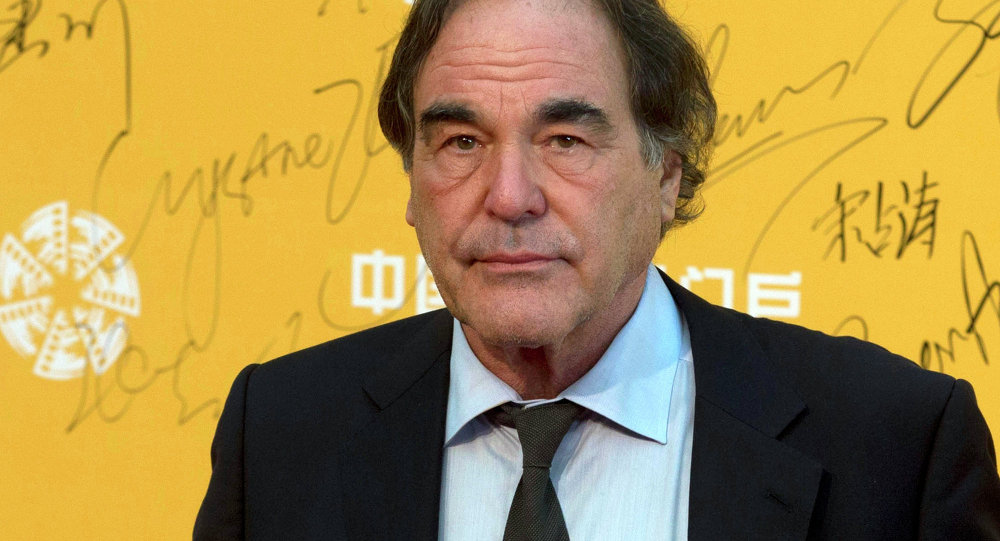 Stone’s four-part documentary "The Putin Interviews" that covers a number of issues, including Russia-US ties, crises in Syria and Ukraine and Edward Snowden's fate are available in a Russian-language edition.

MOSCOW (Sputnik) — A Russian-language edition of the book The Putin Interviews by filmmaker Oliver Stone, a follow-up to his documentary on Russian President Vladimir Putin, will be available for sale in Russia on Tuesday.

Oliver Stone was presented with the Honorary Heart of Sarajevo Award for his "exceptional contribution to film art."

Stone’s four-part documentary "The Putin Interviews" was first aired by the channel Showtime on June 12-15.

The film, which took two years to make, is based on conversations between the filmmaker and the Russian president and covers a number of issues, including Russia-US ties, crises in Syria and Ukraine and the case of former US National Security Agency contractor turned whistleblower Edward Snowden, among other issues.

The English-language version of the book, which acts as a transcript with additional notes, was released in June.

During his press conference in June, Stone reiterated that there is a tendency in the United States to demonize Russia and Putin in particular.

He also said that Russians are largely misunderstood by people in the West, something he wanted to change with his movie.