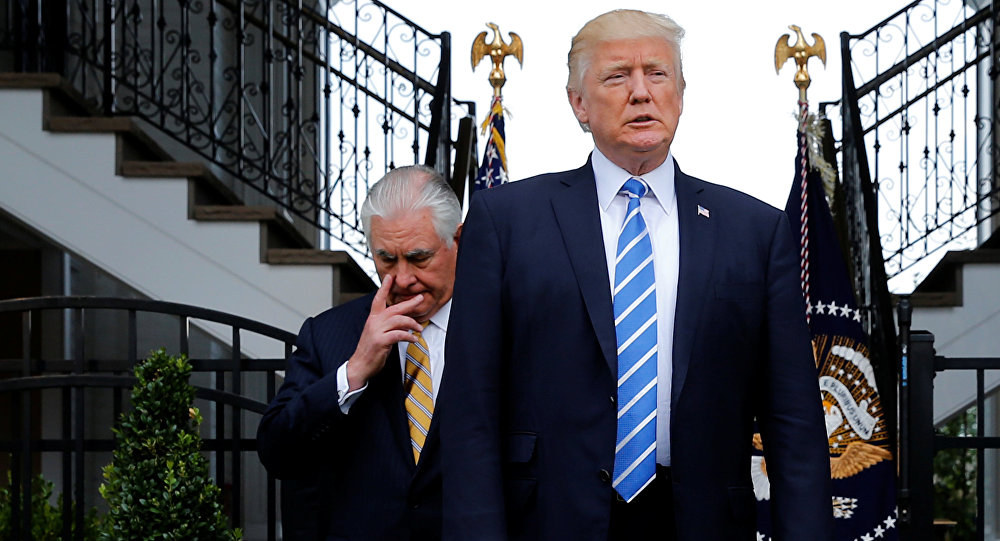 Russian President Vladimir Putin refused to comment on the possibility of the US President's impeachment amid growing discontent with Trump's policies.

XIAMEN (China), (Sputnik) — It is improper to comment on the possible impeachment of US President Donald Trump as it relates to the internal political situation in the United States and is not the business of other countries, Russian President Vladimir Putin told reporters Tuesday.

The results of the recent monthly national poll — conducted by Harvard University's Center for American Political Studies and the research marketing firm Harris Insights and Analytics — published this week showed that 43 percent of voting Americans want Trump removed from office one way or another, 42 percent would prefer to leave things as they are while 12 percent said he should be censured by Congress.

Trump's ways of dealing with illegal immigration and the recently-escalated tensionsbetween the US and North Korea, seasoned with the president's controversial remarks on the violence in Charlottesville, Virginia, have increased disapproval of the president's leadership among Americans and increased talk of impeachment.

Conspiracy theories over the Trump campaign's alleged ties with Russia may have also influenced the nation's mood, but a resounding 60 percent of poll respondents feel that the Russia-related investigations are hurting, rather than helping, the country.