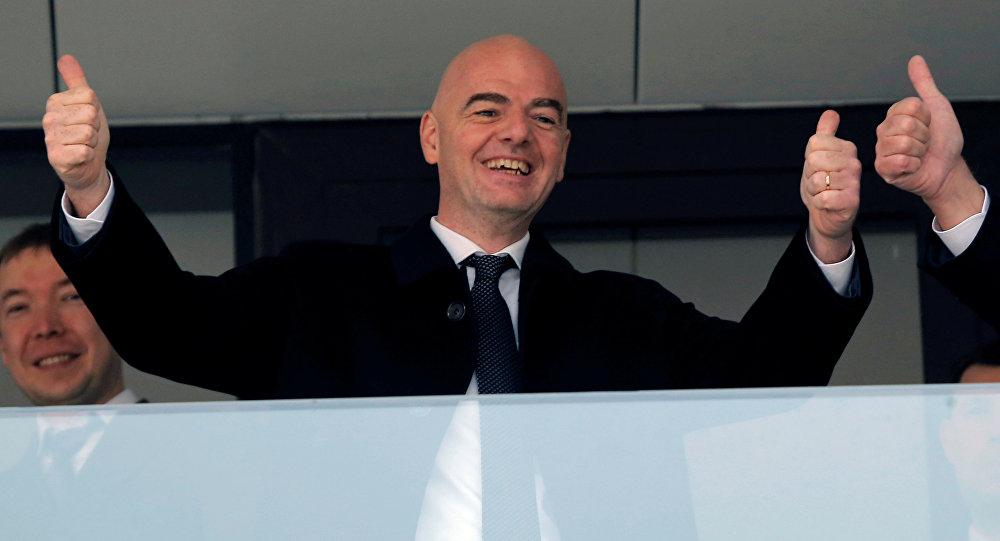 FIFA President Gianni Infantino called on Saturday on people of the world to visit Russia during FIFA World Cup in 2018.

MOSCOW (Sputnik) — FIFA President Gianni Infantino and Russian President Vladimir Putin participated in an official ceremony at Luzhniki Stadium in Moscow, where the start of the worldwide tour of FIFA World Cup's trophy was announced. Within the tour the trophy will visit 24 Russian cities and over 50 countries.

He added that Russia and Moscow should be proud of Luzhniki Stadium.

"It is fantastic to be here in this beautiful stadium which has so much history and so much future ahead. The stadium has written the history of sports and football. And next year in this stadium the world champion will be crowned," Infantino said.

Russia will host the upcoming FIFA World Cup from June 14 through July 15, 2018. The matches will be held in the cities of Moscow, St. Petersburg, Kazan, Yekaterinburg, Sochi, Rostov-on-Don, Kaliningrad, Samara, Saransk, Nizhny Novgorod and Volgograd.