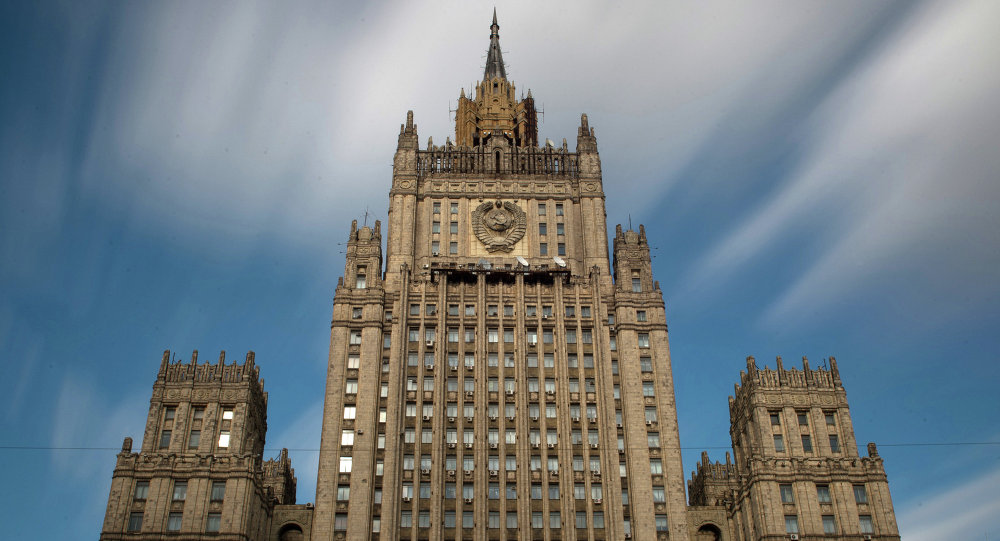 A day after the EU extended sanctions on Russia over the Ukraine crisis by another six months, the Russian Foreign Ministry spokeswoman has commented on Moscow's response measures.

"This was not a surprise for us given the prejudiced approach of the European Union to the intra-Ukrainian conflict and the reluctance to give a fair assessment of the actions of the Kiev regime to undermine the implementation of the Minsk agreements," the diplomat said.

"I would like to recall that in response to the unfriendly actions of the EU, the Russian 'stop list' was adopted, which also continues to operate," she said.

Zakharova' statement comes a day after the EU extended sanctions on Russian and Ukrainian individuals and legal entities by another six months.

Despite the fact that several EU members have repeatedly voiced disapproval of anti-Russian sanctions policy and called for lifting them, which harm their states' trade with Russia, Brussels continues to prolong the restrictions on Moscow.

Following the escalation of the Ukrainian crisis, the European Union along with the United States imposed sanctions against Russian individuals and Russian defense, energy and banking sectors in late July 2014. Moscow responded by introducing a year-long food embargo on several imports from the countries that have targeted Russia with the restrictions, extending the current embargo several times.

Despite Russian officials stressing that Moscow is not a party to the Ukrainian internal conflict between Kiev and Donbass self-proclaimed republics, who don't recognize Ukraine's leadership after what they consider to be a coup after the Maidan protests, the EU said that sanctions on Russia would be lifted only if the Minsk agreements are implemented.

Moscow is one of the states participating in the Normandy format talks on Ukraine's conflict settlementaling with Germany, France and Ukraine itself. Back in 2015, the leaders of the countries have brokered an agreement in Minsk to help settle the conflict. Since then, the conflicting sides have traded accusations concerning violations of the Minsk deal.