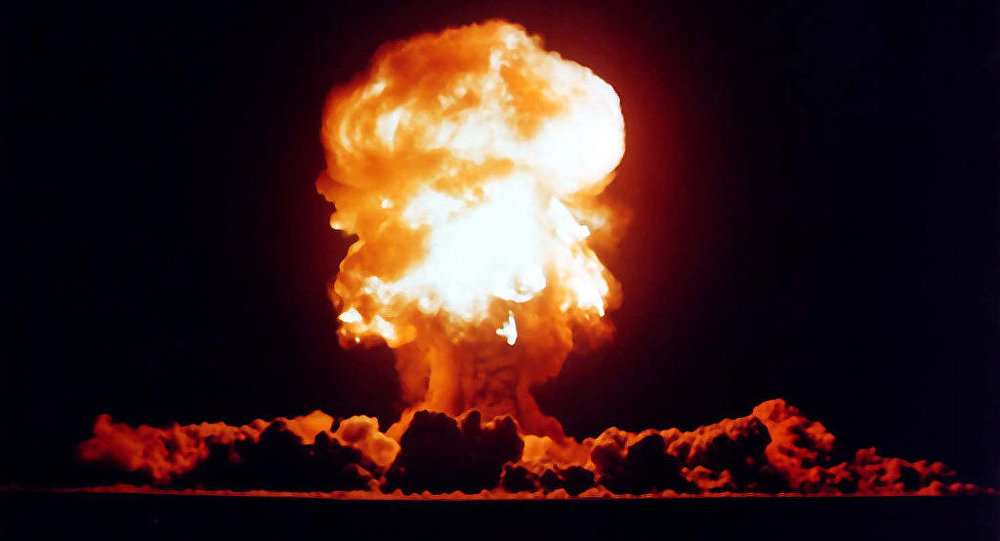 The Trump administration is reviewing its options on the development and deployment of new low-yield tactical nuclear weapons. In an interview with Sputnik, renowned author and anti-nuclear activist Helen Mary Caldicott outlined what she feels is the real reason behind Washington's new mini-nuke ambitions.

President Trump has created a panel to review Obama-era policy on the development of new nuclear weapons systems, and the prospects for creating new low-yield nukes for battlefield use, according to Politico.

In a written interview for Sputnik, Dr. Helen Caldicott, a well-known leader of the anti-nuclear movement in Australia and the United States during the Cold War, described the thinking behind the idea of a 'limited nuclear war' as 'insane'.

"Of course everyone knows that once one nuclear weapon is used, it could well trigger a global nuclear war. This kind of thinking [by some military planners] is clinically insane," she stressed.

In its story, Politico said the new low-yield nuke review was aimed at "deter[ring] Russia, North Korea and [the US's] other potential nuclear adversaries." Asked what she thought was the real reason behind this move, Caldicott said that "there is no real reason…except that it gives more money and business to the US weapons makers and the military-industrial complex."

In any case, the activist warned that if the US goes ahead with the creation of new tactical nukes, other nuclear powers will be sure to go along.

"The US is the model for all other countries in the world, and what the US does with its nuclear weapons policy is sure to be emulated by other nations equipped with facilities to make nuclear weapons; hence it makes nuclear war more likely," Caldicott said.

"The fact that we have not yet experienced nuclear extinction is a matter of sheer luck. But considering the present political situation with volatile political leaders threatening each other with nuclear weapons, I think that we are closer to nuclear annihilation than we have ever been," Caldicott concluded.