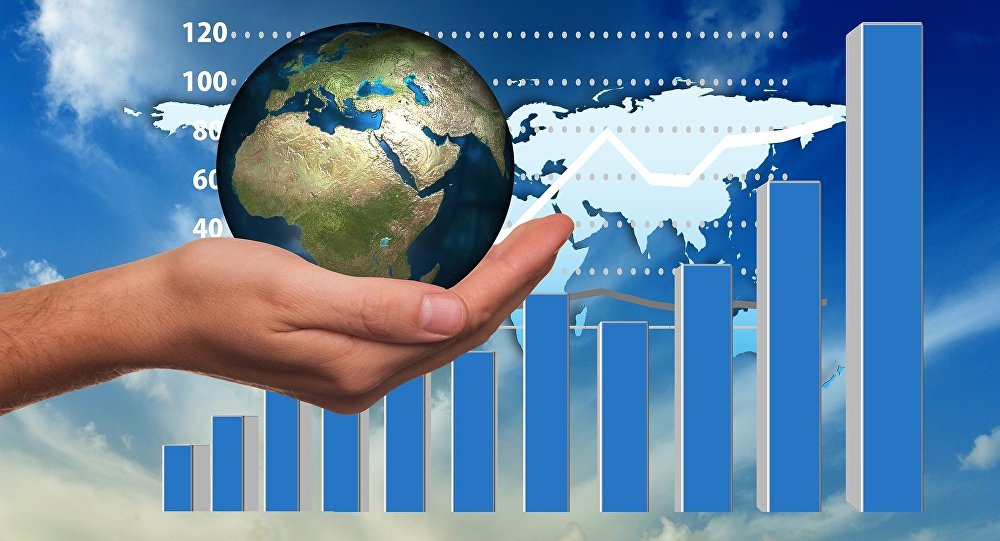 The Bank of International Settlements (BIS) says higher interest rates and measures aimed at driving inflation are crucial in the modern-day ‘zombie’ economies, mortified by the ultra-low interest rates and excessive borrowing characteristic of the past decade.

Kristian Rouz – The Bank for International Settlement (BIS), the supranational body tasked with overseeing central bank activity in a handful of advanced economies, released its quarterly report Sunday, saying the key risks to the global economy are high debt levels and subdued inflation.

While the former is limiting further economic expansion prospects within the currently-universal debt-driven growth models, the latter hampers investment in non-financial sectors across most countries, the BIS said.

Low inflation and unconventionalmonetary policies of low borrowing costs and central bank asset purchases are disincentivizing investment and limit growth. A solution could be a set of policies aimed at spurring domestic price growth and an economic reform aimed at encouraging domestic manufacturing.

"This is the trillion-dollar question that will define the global economy's path in the years ahead and determine, in all probability, the future of current policy frameworks," Claudio Borio of BIS said. "Worryingly, no one really knows the answer."

However, higher interest rates could also trigger another crisis, the BIS said, as corporate debt levels are currently much higher than 10 years ago. The monetary stimulus policies turned out to be a medium-term solution for the Great Recession's after-effects, meaning the next crisis might be even more devastating, but there will be no cure for it on the monetary policy side, as over the past decade, the stimulating effect of such measures has exhausted itself.

The BIS called for a higher-rate environment, saying a gradual return to normalcy might help overcome the current structural issues across most advanced economies.

Besides, the BIS said, the global indebtedness level might be underreported by at least $13-14 trln, as accounting practices sometimes exclude certain types of borrowing, such as FX derivatives and foreign-currency bonds. The latter is particularly alarming, as dollar-denominated Treasury notes or euro-denominated Deutsche Bunds, as types of haven assets, are popular far beyond the US and Eurozone.

In emerging market economies, the situation is even worse. While these economies are reliant on a certain particular sector of their economies, such as raw materials exports, they have amassed significant levels of debt as well, while their capital has been bleeding toward the safer environments of the US or the EU.

The government-aligned oligarchies have alleviated wealth from such nations, thus having deprived their own countries of valuable monetary liquidity, which is going to be necessary when the next crisis hits.

In emerging markets, overall debt levels have risen twofold since 2007, to $11.7 trln at YE 2016, driven mostly by mainland China's frantic borrowing. This has been aimed at spurring the slowing economy and facing the challenges of declining global imports of Chinese-made manufactured goods.

The BIS, however, praised the low levels of financial market volatility.

"We do not fully understand the factors at work. But surely the unprecedented gradual pace of monetary policy normalization has played a role," BIS' Borio said. "All this puts a premium on understanding the ‘missing inflation', because inflation is the lodestar for central banks."

While the relatively calm markets have been a consequence of the high demand for haven assets and stock-market overregulation in the past years, higher borrowing costs are poised to further suppress inflation, unless the advanced economies rely on domestic-manufactured consumer goods. Higher labor costs will eventually lift prices, allowing for steeper interest-rate hikes.

Democracies will hardly succeed at the necessary economic reform, as evidenced by the example of the US, where the reasonable economic policy agenda of the Trump administration is meeting severe obstruction from Congress, a supposedly-democratic institution, which is, however, dominated by special interests holding on to the status quo.

Political tensions that prevent and delay economic reforms will be very costly as time is short, and the world is nearing an imminent structural recession.

Meanwhile, the low interest rates in the US, the Eurozone, Japan, and now even in the UK, are lowering the respected economies, the BIS said.

"Against this backdrop, the increase in the percentage of firms unable to cover their interest payments with their earnings — so-called 'zombie' firms — does not bode well," the BIS said.