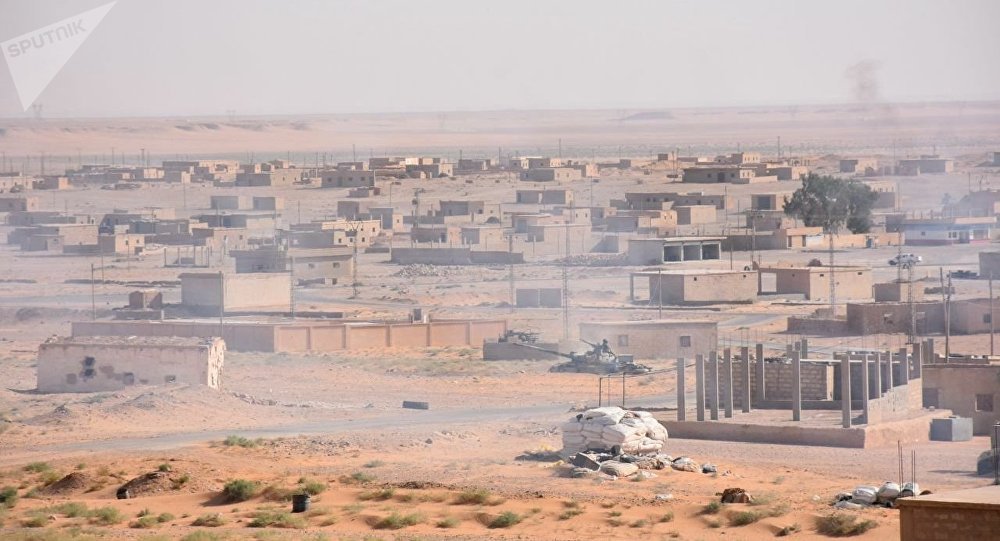 Russia has been in the talks with the United States over the alleged attack by Russian jets on the positions of US-backed rebels near Deir ez-Zor, Russian Deputy Foreign Minister Gennady Gatilov said Monday.

NEW YORK (Sputnik) – Russia and the United States are in constant contact on Syria on the expert level, including on the situation in Deir ez-Zor, Russian Deputy Foreign Minister Gennady Gatilov said Monday.

On Saturday, the US-led coalition fighting against the Daesh terrorist group (IS, outlawed in Russia) in Syria accused Russia of attacking the Syrian Democratic Forces (SDF) near Deir ez-Zor. Commenting on the accusations, Russian Defense Ministry spokesman Maj. Gen. Igor Konashenkov said on Sunday that the command of the Russian forces involved in anti-terrorist operations in Syria informed the United States in advance about the airstrike.

"This process, the dialogue is constantly taking place on the level of military experts. The expert work is underway," Gatilov told reporters asked whether Moscow and Washington were discussing Syria and Deir ez-Zor, in particular.

Earlier in the day, a military-diplomatic source told Sputnik the United States had invited Russia to hold a meeting this week on the situation in the Syrian city of Deir ez-Zor to discuss areas of responsibility of the sides and coordinate the fight against Daesh.

On Sunday, Chairman of the US Joint Chiefs of Staff Marine Gen. Joseph F. Dunford Jr. said the Pentagon sought closer communication between US and Russian battlefield commanders in Syria following the incident near Deir ez-Zor.

The US-led international coalition has been conducting airstrikes, ground-based and rocket-propelled artillery fire against Daesh in Syria and Iraq since 2014. The strikes in Syria are not authorized by the government of Syrian President Bashar Assad or the UN Security Council. The Russian Aerospace Forces, meanwhile, have been present in Syria since September 2015 following an official request from Assad.

In order to avoid convergence of the military operations, Syrian government troops supported by Russian forces previously focused on the western bank of Euphrates, while the US-led forces focused on the eastern bank.