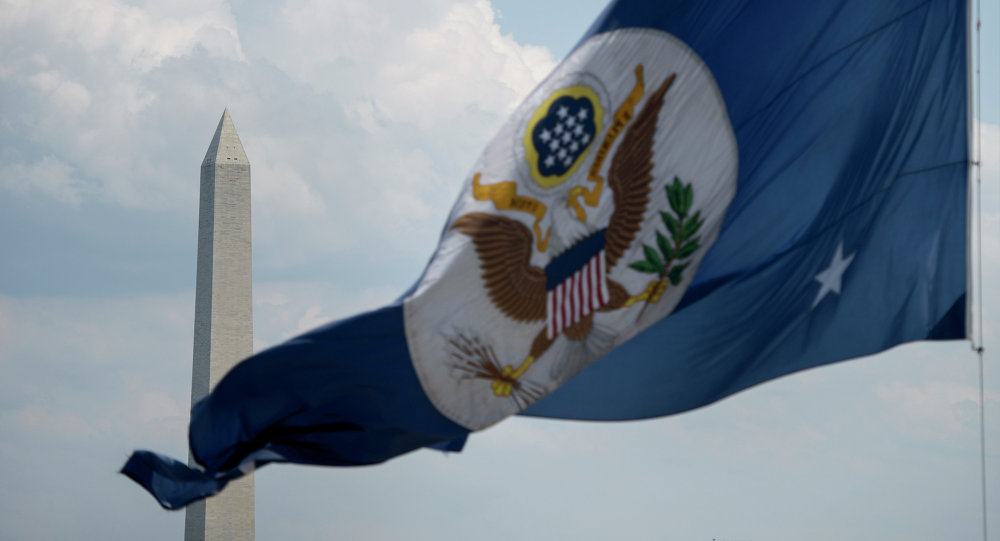 Former US official claims that if the Senate approves A. Wess Mitchell to become the next assistant secretary of state for European and Eurasian affairs, one of Mitchell's tasks would be continued search for bilateral areas of cooperation with Russia.

On Tuesday, the Senate Committee on Foreign Relations is expected to consider Mitchell's candidacy.

"The… area, which I think… any US administration would have in its Russia policy would be a continued search for bilateral areas of cooperation," Fried said, answering a question about the outcome of Mitchell's potential appointment in regards to Russia and Eurasia.

The former US official added that cooperation with Moscow was likely to span across several areas, particularly in easing tensions around North Korea.

"We have to be able to work with Russia, where we can," Fried said, adding that Mitchell would also try to stabilize the two states' relations in a number of other fields.

At the same time, the former diplomat added that yet another element Mitchell would likely focus on would be "resisting Russian aggression against its neighbors."

"I think we have to be the West and, frankly the democratic community, needs to be firm in resisting Russia's aggression, but at the same time we need to keep channels open and keep talking to the Russians," Daniel Fried said.

The ex-official added that contacts should be maintained as the tensions between the two countries may be only temporary.

"[It is necessary] to keep the doors open, because difficulties in relations may not last forever," the former official added.

According to Fried, Washington had "great hopes" for better relations with Moscow after the fall of the Soviet Union in 1991, but while this never came to fruition, the two countries could have better relations in the long run, adding that Russia should change its policy on Ukraine.

According to the White House, Mitchell is an expert on transatlantic ties and NATO. He graduated from Texas Tech University, Georgetown University School of Foreign Service and recently earned a Ph.D. at Freie Universitaet in the German capital.

The post of the Assistant Secretary of State for European and Eurasian Affairs was previously occupied by Victoria Nuland, one of the co-engineers of the February 2014 Ukrainian coup who helped appoint the country's replacement leaders.