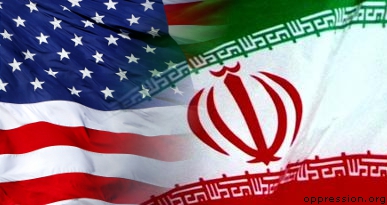 The Russian government has for the first time publicly encouraged the US and Iran to begin direct one-to-one negotiations over Tehran’s nuclear programme, arguing that the creation of a negotiating channel between Washington and Tehran could help avert conflict.

As the US considers its next negotiating move over Iran, Sergei Ryabkov, Russia’s deputy foreign minister, said Moscow would like to see Washington and Tehran enter direct diplomatic contact in order to avert an  a US official at the weekend saying that the Obama administration would be open to direct talks with Iran but that there was no willingness on the Iranian side.

Mr Ryabkov said that E3 plus 3 dialogue with Iran should continue, whatever happened in bilateral relations between Washington and Tehran. He said the six powers had created some momentum at a meeting with Iran at Istanbul this year, but this had now been lost.

"Since everybody knows the name of the US president, it is no excuse not to enter into discussions. We are of the view that no more chances must be lost,” he said.

Mr Ryabkov expressed hope that the conclusion of presidential elections in the US and Russia would allow the two countries to return to work on a number of areas where relations can be improved. However, he also highlighted differences on a range of diplomatic and defence issues.

Mr Ryabkov said he did not foresee much progress on Moscow’s objections to US planned ballistic missile defence shield in Europe, which Washington says is aimed only at Iran and not at neutralising Russia’s own nuclear deterrent.

Russia wants a US legal guarantee that the system, known as the "Phased Adaptive Approach”, will not be used against it. It is also seeking an agreement on technical criteria for the programme.

"We need to agree on the ability of Russia to measure the actual velocities of interceptors, areas of deployment of platforms and sensors, and have a mechanism of consultations in case we believe something is happening contrary to the declared intention of this system,” Mr Ryabkov said.

The Obama administration has resisted giving a legal guarantee that it will not target Russia, amid fears this would not get US Senate approval.

By James Blitz and Charles Clover in Moscow