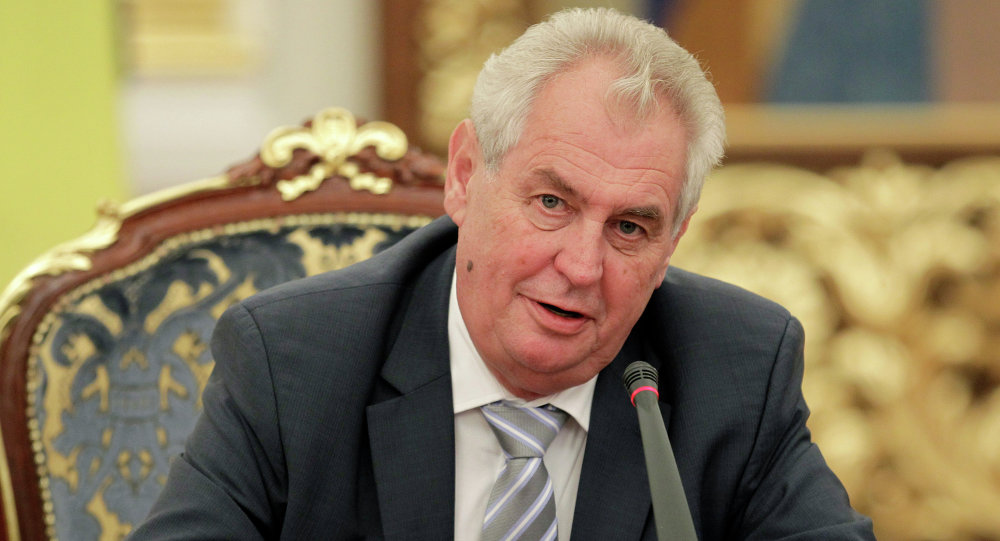 Czech President Milos Zeman has called on the European Union to engage in "people-to-people communications" in various spheres with Russia rather than maintain anti-Moscow posture.

MOSCOW (Sputnik) — Zeman said on Tuesday that the EU sanctions policyagainst Russia would only bring about negative consequences for both parties.

"I do not discuss the justification of the sanctions, I discuss the efficiency of the sanctions. Just today, the German daily Welt published the article which says that the European Union loses by sanctions, and there is practically no damage for Russia. I should say, it is a lose-lose strategy," Zeman said.

The Czech president suggested that instead of sanctions, both Russia and the EU member states should engage in "people-to-people communications" on various levels.

The relations between the European Union and Russia soured after Crimea seceded from Ukraine and joined Russia as a result of a referendum in 2014. The reunification was not recognized by the majority of the Western countries including the European Union, which imposed several rounds of sanctions on Russia's energy, banking, defense and other sectors, as well as on a number of Russian officials. In response to the measures, Russia introduced a food embargo on products from the countries which had targeted it with sanctions.

Zeman, 72, has repeatedly voiced support for an end to the current sanction regime by the West against Russia and is a strong critic of Islamic extremism. He recently announced his intention to run for a second five-year term in the upcoming 2018 presidential elections.