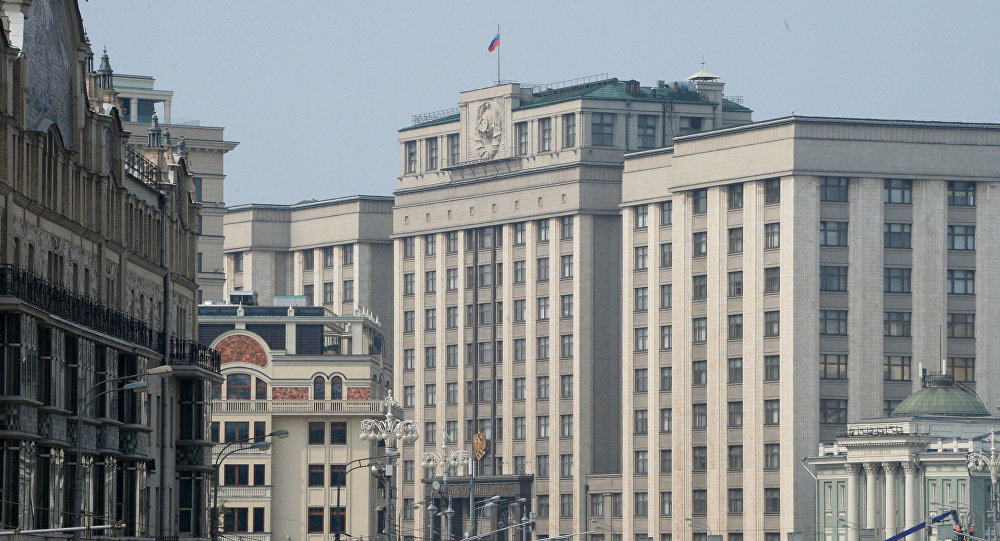 Worsening US-Russia hostility has prompted the lower house of Russia's legislature to postpone the US trip of a delegation.

"The State Duma council has decided to postpone a Duma delegation’s visit to the United States due to the Russian flags being removed from our diplomatic missions,” the office said, adding that the decision would be in force until the US side provided corresponding explanations and apologies.

Russian flags were removed from the buildings of the Consulate General in San Francisco and the Trade Representation in Washington, DC. On Wednesday, the US State Department said that Russian flags had been "respectfully" lowered by US officials at former Russian properties in Washington, DC and San Francisco, when the buildings were closed. In response, Moscow formally protested to Washington, Russian Foreign Ministry spokeswoman Maria Zakharova said Thursday.

In late July, Moscow mandated the reduction of the US diplomatic presence in Russia to 455 people. This is the same number of diplomatic personnel that Russia has had in the United States since then-US President Barack Obama's ordered the expulsion of 35 Russian diplomats in December 2016.

Washington, in response, demanded in late August that the Russian Consulate General in San Francisco, the trade mission in Washington and its branch in New York suspend their operation from September 2. Russian President Vladimir Putin said in September he would instruct the Foreign Ministry to appeal to a court after the US State Department closed three Russian diplomatic facilities in retaliation for Moscow’s decision to cut US diplomatic staff in Russia.