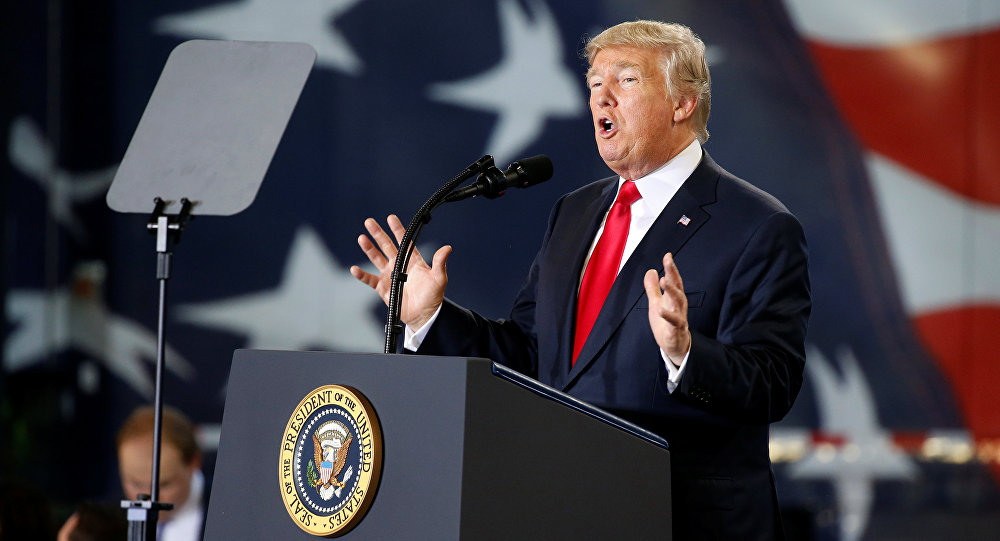 National Security Adviser H.R. McMaster announced that Rex Tillerson has been given the lead in the area of fostering cooperation with Russia.

National Security Adviser H.R. McMaster announced that Rex Tillerson has been given the lead in the area of fostering cooperation with Russia.

WASHINGTON (Sputnik) — US President Donald Trump has ordered his administration to deter conflict with Russia and foster cooperation, National Security Adviser H.R. McMaster said in remarks at the Foundation for the Defense of Democracies.

"The president has given us very clear guidance on our relationship with Russia. He has taken a very strong stand in the Middle East and Ukraine, for example, in confronting Russia's destabilizing behavior," McMaster said. "But what he wants us to do as well is to make sure we deter any kind of a conflict with Russia. We don't think this would be in anybody's interest. But the third area he told us to focus on is to foster areas of cooperation."

McMaster said Secretary of State Rex Tillerson has been given the lead in the area of fostering cooperation, adding that the administration had seen "initial glimmers" of hope as a result of the policy, including the de-escalation zones in Syria.

"There are so many areas where the United States and Russia could cooperate that are in our mutual interest," McMaster said.

One easy area that Russia and the United States could cooperate is on the issue of North Korea, McMaster said, adding that while China has the vast majority of economic power and influence over North Korea, Russia has considerable influence as well.

Russia could play a productive role by using that influence in coordination with the international campaign to exert maximum pressure on North Korea to change track, as a "last chance to avoid severe consequences," he said.

McMaster also asserted that Russia was growing weary of the conflict in Ukraine.

"I think it's becoming clear to Russia that it's not in its interest to perpetuate this conflict in Ukraine, and it's imposing costs on Russia: economic costs, credibility costs," McMaster said.