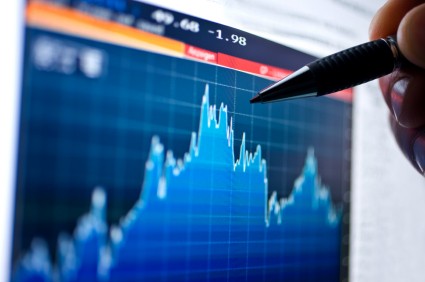 The Russian statistical agency has just reported its first preliminary reading of 3Q12 GDP growth.
Here is our first take on the print, I will be happy to elaborate:
- The first Rosstat assessment of the Russian economy for the third quarter of this year (2.9% YoY, 4.9% in 1Q and 4.0% in 2Q) indicates that the pace of economic activity has moderated. This assessment is almost fully in line with our own RenCap-NES forecast, which was calling for a 2.8% YoY growth (see chart below, quarterly YoY GDP in %, actual and our forecast).
- The slowdown was driven, on the demand side, by softening consumer spending and, on the supply side, by weaker manufacturing activity and poor agricultural harvest. The former was related to higher inflation eating away at consumer real purchasing power and the latter by the 25% fall in grain harvest relative to 2011.
- Our RenCap-NES leading indicator foresees a slight acceleration of GDP growth in 4Q to 3.6% YoY, bringing the full-year 2012 GDP growth to around 3.5% (4.3% in both 2010 and 2011).

- Conclusion: GDP has expectedly moderated on the back of less robust consumer and investment spending and less bountiful grain harvest. In our view, the economy will be in a soft patch until 1Q 2013 as global and domestic headwinds will continue to be felt, but resume brisker growth from the 2Q13 on more supportive external and domestic backdrop. Externally, the economy will be supported by livelier global growth, while domestically the rotation of aggregate demand from still robust, but softening, consumer spending to recovering investment spending will ensure a 2013 GDP growth of around 4.0%.