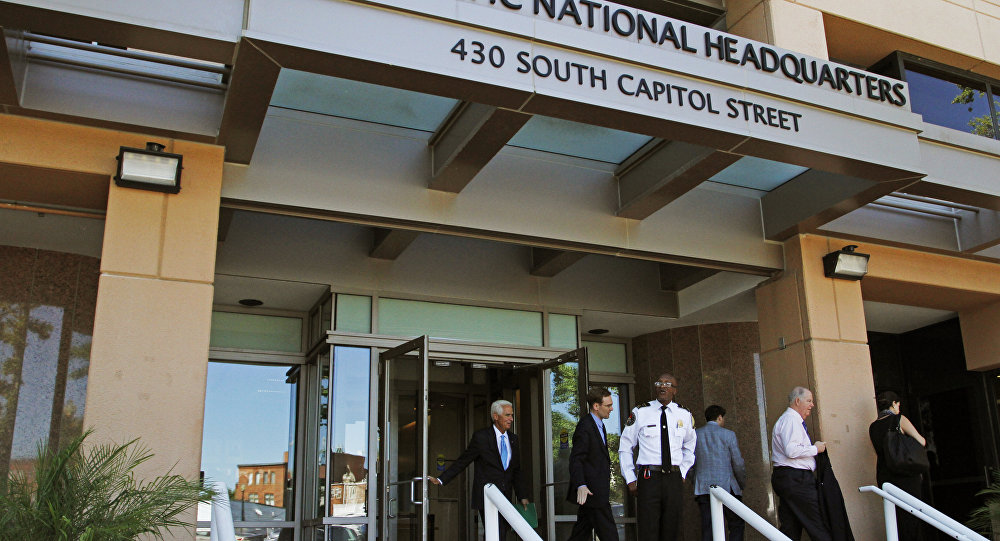 One year after Republican Donald Trump’s unexpected victory in the US presidential race, the Russiagate narrative - that Trump colluded with Russia - continues unabated.

One of the most pivotal parts of the story, that Russians hacked the DNC under the guise of notorious hacker Guccifer 2, has never been proven. However, the US intelligence apparatus has the ability to do just that, a former National Security Agency analyst told Sputnik Radio.

To follow information transfers, say from the Democratic National Committee to a hacker's computer, technical specialists track the data "packet," which can lead them to the data's final destination, Bill Binney, a three-decade veteran of the NSA, said during an interview with Fault Lines on Radio Sputnik Friday.

Binney explained that a team of specialists from the Veteran Intelligence Professionals for Sanity tried to download data from the East Coast of the US to Eastern Europe to simulate parts of the hack.

"Guccifer 2 put out a bunch of data that this was the hack of the DNC on the fifth of July. So my task was simply to say, ‘Okay, was this a hack or what is it?' So I looked at the technical data along with a half-dozen other people — technical people, all of us — and we looked at that and said this is coming down too fast, it can't be hacked, there's no way it can go across the internet at that speed," Binney said.

"So all I did was look at that and say this is obviously not a hack," he added, noting that his findings flew in the face of the establishment narrative about what happened.

Even with the best technology available, experts could not match the speed of the alleged breach that occurred in July 2016. These facts, Binney concluded, show the data transfer must have been "local" — that is, copied from the DNC servers onto an external source such as a thumb drive.

The firm hired to investigate DNC's servers, CrowdStrike, claims that, beyond the shadow of a doubt, it was Russia that hacked the servers, despite not providing clear evidence of the packet transfer.

The same cybersecurity firm also famously reported in 2016 that Russian malware had led to the destruction of Ukrainian howitzer artillery units, a claim the Ukrainian armed forces themselves denied, causing CrowdStrike to issue a major retraction.

Indeed, the FBI never actually looked at the DNC's servers to conduct their own forensic analysis. Despite "multiple requests at different levels" to access the allegedly compromised servers, former FBI Director James Comey told the Senate Intelligence Committee in January, the FBI was blocked from looking at the servers and instead had to rely on a "highly respected private company": CrowdStrike.

"We'd prefer to have access hands-on ourselves if that's possible," Comey said, adding that he didn't know the reason the DNC rebuked the FBI's requests.

So while technical evidence presumably exists, unexplored, to prove or disprove Moscow's connection to the Trump campaign, many lawmakers and pundits in Washington are content to merely spread fear about "Russian interference." Some of the Democrats who say Trump epitomizes the post-truth era have themselves overlooked this avenue leading to technical evidence about explosive assertions made about Russia, accusations denied by Moscow.

"The real winners in this New McCarthyism appear to be the neoconservatives who have leveraged the Democratic/liberal hatred of Trump to draw much of the Left into the political hysteria that sees the controversy over alleged Russian political meddling' as an opportunity to ‘get Trump,'" Robert Parry, a George Polk Award winner, wrote in September.