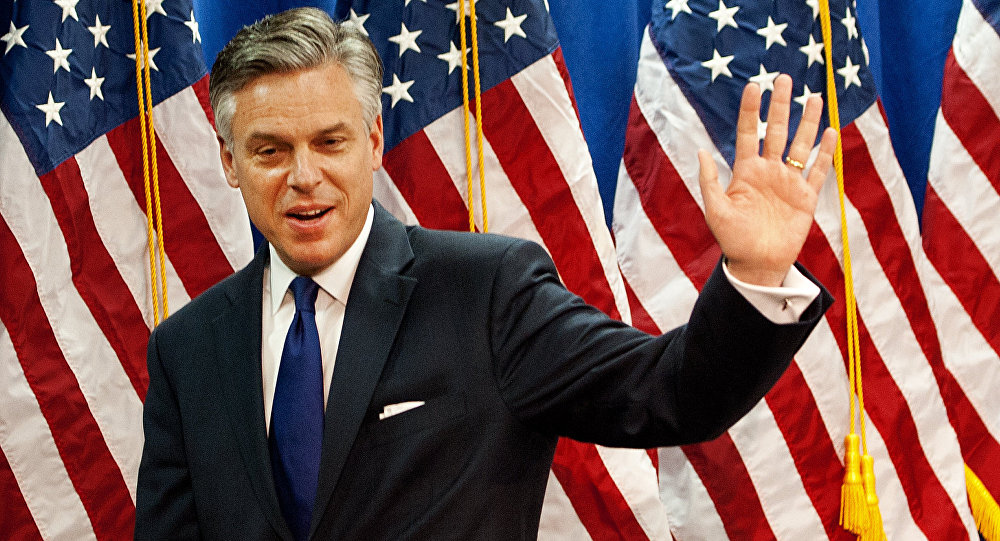 Earlier this week, the US and Russian presidents discussed the settlement of the North Korean crisis in their third phone conversation since Trump had assumed office.

"I think we will expect to see further improvements in the US-Russia relationship. Why do I say that? Because the American people expect it and demand it. And the Russian people expect it and demand it as well. Sometimes politics can get in the way, and the issue can be tricky. But I am convinced the longer that I am here, the American and Russians should be able to find common solutions to global problems," US Ambassador to Russia Jon Huntsman has stated in a video released on the embassy’s Twitter page.

According to the envoy, the cooperation between Washington and Moscow has already been bearing fruit with regard to "gaining greater security in Syria or commitment to counter-proliferation issues with North Korea," adding that he hopes the parties would also find a common ground on the settlement of the crisis in Ukraine.

The statement comes several days after US President Donald Trump held a phone conversation with his Russian counterpart Vladimir Putin, with North Korea being high on the agenda. Commenting on the talks, Trump said that Washington could rely on the Moscow's support on the issue and considers it to be of major importance.

Previously, Trump called on Russia to "help to rein in this potentially very tragic situation," adding that "China will act faster and more effectively than anyone" concerning the situation on the Korean Peninsula. The Kremlin has responded, saying that such stance is "in line" with Moscow's policy.

Most recently, US Secretary of State Rex Tillerson said that Washington is ready to start direct talks with North Korea without preconditions despite Trump's earlier statements voicing skepticism about negotiating with Pyongyang that has boosted its missile launches and conducted a nuclear test in violation of UN resolutions earlier this year.

Amid the further deterioration of the situation on the Korean Peninsula this summer, Russia and China have proposed the so-called "double freeze" plan aimed at settling the crisis that urges Pyongyang to stop nuclear tests, while calling on Washington and Seoul to refrain from joint drills. While Moscow and Beijing have emphasized that the proposal is still on the table, the US has already rejected the plan.