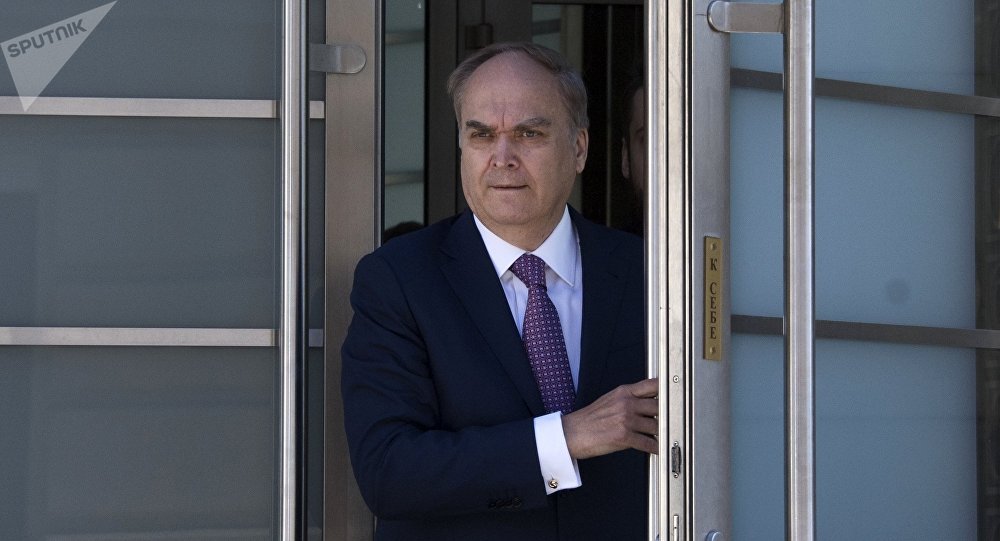 The contacts between Russian President Vladimir Putin and US President Donald Trump show that the two countries need each other to work on boosting the international security, Russian Ambassador to the United States Anatoly Antonov has said.

WASHINGTON (Sputnik) — Russian Ambassador to the United States Anatoly Antonov said at the event celebrating the 210th anniversary of Russian-US diplomatic relations that the contacts between Russian President Vladimir Putin and US President Donald Trump demonstrate that the two countries need each other to determine a joint program for enhancing the international security.

"Their contacts confirm that our countries need each other to define a joint program of work on strengthening international security," Antonov said.

The ambassador noted that such cooperation "meets the interests of the Russian and American people."

The provision of intelligence information by the US Central Intelligence Agency (CIA) to Russia that led to the arrest of criminals is a positive example of what Washington and Moscow can achieve via joint cooperation, Antonov said.

On Friday, Russia's Federal Security Service (FSB) announced that it had detained a cell of Daesh supporters in a special operation on December 13-14 that had been planning to commit "high-profile attacks" in St. Petersburg aiming to kill people by detonating explosive devices in crowded places.

"This morning Russian President Vladimir Putin had a telephone conversation with President of the United States Donald Trump. Vladimir Putin thanked Donald Trump for the information passed on by the CIA that helped detain the terrorists who plotted to set off explosions at the Kazan Cathedral in Saint Petersburg and other public places in the city," Antonov said.

The Putin-Trump talks have been their second telephone conversation, with the presidents discussing the North Korean nuclear issue earlier this week. Commenting on the talks, Trump said that Washington could rely on Moscow's support on the issue and considers it to be of major importance.