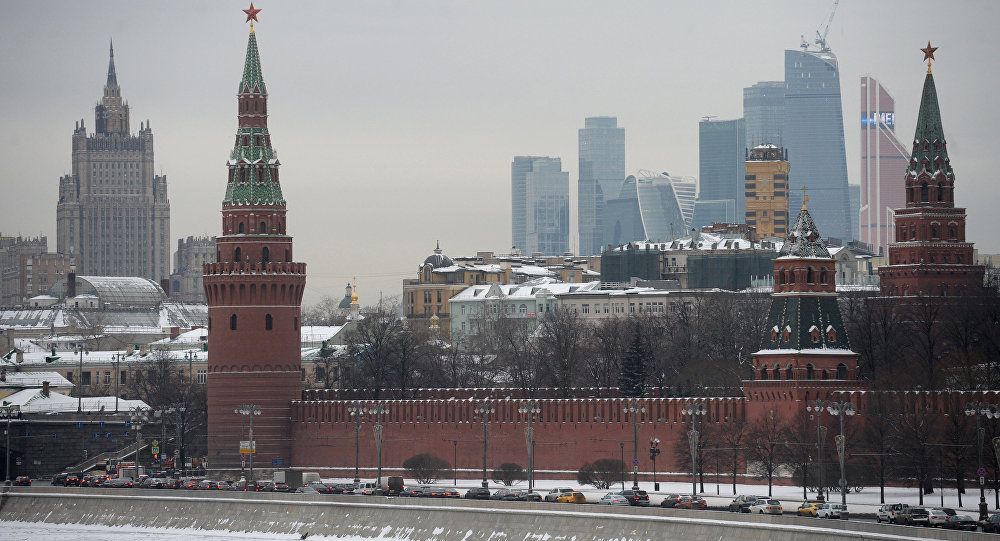 MOSCOW (Sputnik) - The recently released Washington's "Kremlin report" listing a number of prominent Russian businesspeople and politicians could be an attempt to prevent third parties from forming strong ties with Russia, or with these individuals in particular, rather than a direct play to influence Moscow directly.

The list published by the US Department of Treasury on Tuesday comprises 114 Russian politicians, including the entire Russian presidential administration and members of the government, and 96 businesspeople.

The document was drafted in accordance with the law on sanctions signed by US President Donald trump in August, although the inclusion in the list itself does not mean being targeted by sanctions by default.

According to Julien Vercueil, a professor at the French National Institute of Eastern Languages and Civilizations (INALCO), the report is an attempt to influence third parties and their relationships with the people on the list.

"The purpose of this 'black list' is purely political, since no sanctions of economic nature have been mentioned. Its goal is to create a halo of uncertainty in the eyes of the third parties around the people it designates," Vercueil told Sputnik.

Nicolas Dhuicq, the mayor of the French commune of Brienne-le-Chateau and a former member of the French National Assembly, also believes that the report targets US allies, discouraging them from fostering ties with Russia.

"This makes part of a brinkmanship and means of pressure, a message sent to the allies of the USA to prevent them from establishing normal partnership relations with the Russian Federation," the politician told Sputnik.

Dhuicq pointed out that the trade between United States and Russia was relatively insignificant, and the economic sanctions against Russia had little impact on the United States.

"However, we know for example that the sanctions influenced the French agrarians much more. The US can allow itself to play this game because their commercial relations with the Russian Federation are at a low level, so it’s the allies of the United States who will pay for these sanctions," the French politician said.

The list came amid the ongoing investigations in the US Congress of Trump campaign’s purported links to Moscow. Another probe is being carried out by the Justice Department and the Federal Bureau of Investigation (FBI). Trump and Russian officials have denied the allegations of any such collusion.

"I believe that the US-Russia relations are at stake, taking also into account that the so-called "Russian gate" is used as an internal political tool against Trump," Marco Zanni, a member of the European Parliament’s Committee on Economic and Monetary Affairs, told Sputnik.

According to Zanni, the list will be used "to put further pressure on Russia, creating uncertainty in business and damaging their reputation in the main financial and economic centers."

However, the report is unlikely to lead to any significant changes in the Russian-US relationship, Jaromir Kohlicek, a member of the European Parliament from the Czech Republic, told Sputnik.

"I think there is no essential change. Trump just was pushed to make some statement (without any real consequences for USA)," Kohlicek said.

Zanni assumed that Russia would "ignore" the report for the time being.

Russian President Vladimir Putin has said that Moscow would not react for now, although he has described the publication of the report as an "unfriendly act."

The list might turn out surprisingly helpful to the Russian authorities, as it will reinforce the Russian elites’ loyalty to their home country, according to Kohlicek.

"It can be seen as a silent support of Putin. In reality the step attaches more the listed people to Russia and could help to get their money back home," the politician said.

The relationship between Russian and the United States deteriorated over the conflict in Ukraine and Crimea's reunification with Russia in 2014. The residents of the peninsula voted to rejoin Russia in a referendum, but the vote has not been recognized by Ukraine and many other countries. This triggered the first round of international sanctions against Russia.

Moscow-Washington relations further suffered as US media, officials and intelligence community began alleging that Russia had interfered in the 2016 US presidential election. A number of Russian officials, including Putin and Foreign Minister Sergey Lavrov, have repeatedly refuted the accusations, but the two countries have been struggling to end the crisis in the relations.