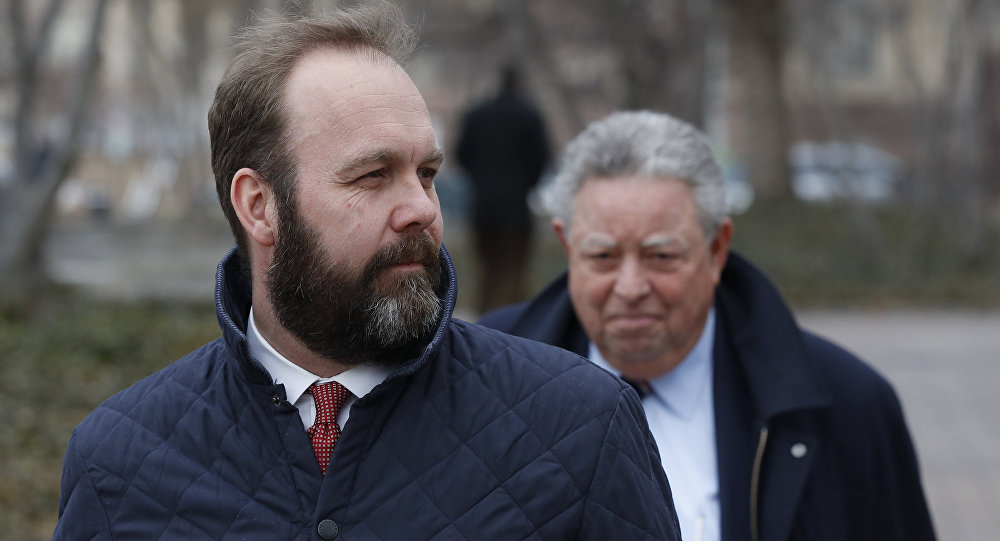 WASHINGTON (Sputnik) - Rick Gates, a former campaign aide to US President Donald Trump, is closing in on a plea deal with a special counsel probing the alleged Russia collusion, CNN reported.

Gates has been negotiating the plea deal for a month and already spoken to the team of Counsel Robert Mueller, sources familiar with the case told the CNN.

The media outlet suggested that the agreement could be announced in the coming days and might be used by the former FBI director to build a case against the president or his officials.

Gates was indicted last October alongside Trump’s former campaign chair Paul Manafort, who chose the path of litigation over alleged links to Russia and the 2016 US election.

Both men pleaded not guilty to 12 counts, including for failing to register under the Foreign Agents Registration Act of 1938 for their work for the Ukrainian government. Gates was freed from house arrest in mid-January.

Two separate investigations into alleged Russian meddling in the US election, which have been dubbed a "witch hunt" by Trump, are currently being conducted by the US Congress and by FBI Special Prosecutor Robert Mueller. Mueller has charged four people involved with or related to Trump's campaign with a variety of crimes, but none of the cases unveiled nefarious US-Russian plots to keep Trump's 2016 opponent, Hillary Clinton, out of the White House. The Kremlin has refuted claims of Russian interference as "groundless."

Top
popular in the journal
During his recent visit to Washington, Ukrainian President Volodymyr Zelenskyy met with President Biden and a few members of Congress.
There's something big that seems to go unnoted in American media. It is that increasingly the US is being seen as a significant threat around the world. Here in neutral ...
PUTIN. Putin celebrated his 69th birthday on Thursday and Levada published a poll. (Googlish) He remains popular: about two thirds like him. Which is only ...