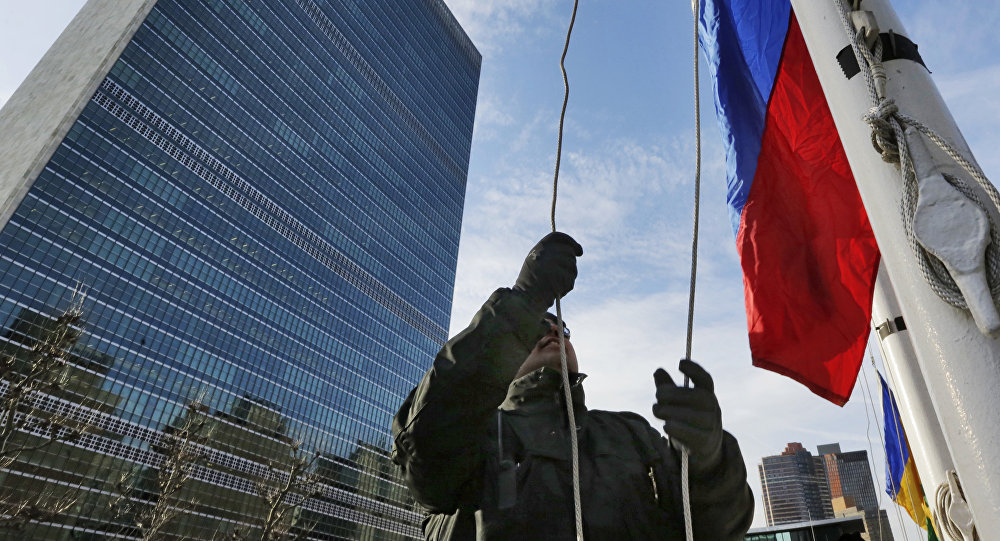 MOSCOW (Sputnik) - The United States has no right to expel diplomats accredited at the UN headquarters and Washington did not implement the necessary procedures for that, Russian Foreign Ministry spokeswoman Maria Zakharova said Thursday.

A total of 16 EU countries, as well as the United States, Canada, Albania, Norway, Ukraine, Macedonia and Australia announced earlier this week their decisions to expel over 150 Russian diplomats in connection with Moscow's alleged involvement in the nerve agent attack on former Russian spy Sergei Skripal and his daughter in the UK city of Salisbury.

US President Donald Trump, in particular, ordered the expulsion of 60 Russian diplomats, including 48 employees of the Russian Embassy and 12 people assigned to the United Nations in New York, as well as the closure of the Russian consulate in Seattle.

According to the 1947 agreement, the US authorities "shall not impose any impediments to transit to and from the headquarters district" for representatives of UN member states and UN officials as well as their families and this provision "shall be applicable irrespective of the relations existing between" the governments of these UN representatives and Washington