Public reactions to an open letter from academics, journalists and politicians asking for co-existence with Russia show many Americans don’t buy the media’s bellicose spin, as Norman Solomon explains.

Throughout the day before the summit in Helsinki, the lead story on the New York Times home page stayed the same: "Just by Meeting With Trump, Putin Comes Out Ahead.” The Sunday headline was in harmony with the tone of U.S. news coverage overall. As for media commentary, the Washington Post was in the dominant groove as it editorialized that Russia’s President Vladimir Putin is "an implacably hostile foreign adversary.”

Contempt for diplomacy with Russia is now extreme. Mainline U.S. journalists and top Democrats often bait President Trump in zero-sum terms. No doubt Hillary Clinton thought she was sending out an applause line in her tweet Sunday night: "Question for President Trump as he meets Putin: Do you know which team you play for?”

A bellicose stance toward Russia has become so routine and widespread that we might not give it a second thought — and that makes it all the more hazardous. After President George W. Bush declared "You’re either with us or against us,” many Americans gradually realized what was wrong with a Manichean view of the world. Such an outlook is even more dangerous today.

Since early 2017, the U.S. mass media have laid it on thick with the rough political equivalent of a painting technique known as chiaroscuro — "the use of strong contrasts between light and dark, usually bold contrasts affecting a whole composition,” in the words of Wikipedia. The Russiagate frenzy is largely about punching up contrasts between the United States (angelic and victimized) and Russia (sinister and victimizer).

Countless stories with selective facts are being told that way. But other selectively fact-based stories could also be told to portray the United States as a sinister victimizer and Russia as an angelic victim. Those governments and their conformist media outlets are relentless in telling it either way. As the great journalist I.F. Stone observed long ago, "All governments lie, and nothing they say should be believed.” In other words: don’t trust, verify. 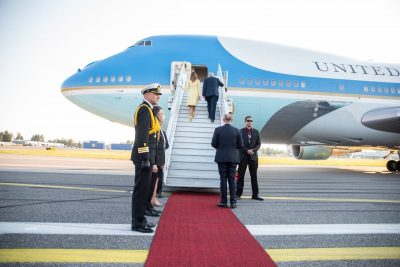 Often the biggest lies involve what remains unsaid. For instance, U.S. media rarely mention such key matters as the promise-breaking huge expansion of NATO to Russia’s borders since the fall of the Berlin Wall, or the brazen U.S. intervention in Russia’s pivotal 1996 presidential election, or the U.S. government’s 2002 withdrawal from the Anti-Ballistic Missile Treaty, or the more than 800 U.S. military bases overseas — in contrast to Russia’s nine.

An Open Letter for Sanity

For human survival on this planet, an overarching truth appears in an open letter published last week by The Nation magazine: "No political advantage, real or imagined, could possibly compensate for the consequences if even a fraction of U.S. and Russian arsenals were to be utilized in a thermonuclear exchange. The tacit pretense that the worsening of U.S.-Russian relations does not worsen the odds of survival for the next generations is profoundly false.”

Since its release five days ago, the open letter has gained support from a petition already signed by 30,000 people. The petition campaign aims to amplify the call for protecting the digital infrastructure of the electoral process that is now "vulnerable to would-be hackers based anywhere” — and for taking "concrete steps… to ease tensions between the nuclear superpowers.”

We need a major shift in the U.S. approach toward Russia. Clearly the needed shift won’t be initiated by the Republican or Democratic leaders in Congress; it must come from Americans who make their voices heard. The lives — and even existence — of future generations are at stake in the relationship between Washington and Moscow. 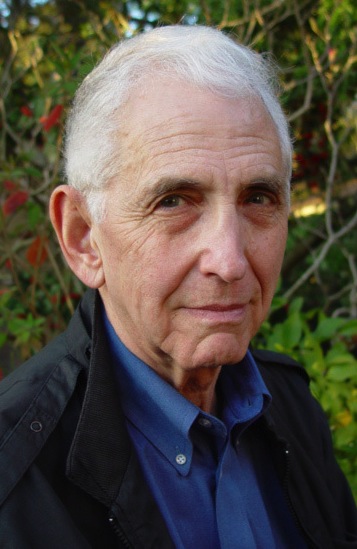 Ellsberg, who details how easily nuclear war can start in his new book "Doomsday,” signed the open letter.

Many of the petition’s grassroots signers have posted comments along with their names. Here are a few of my favorites:

*  From Nevada: "We all share the same planet! We better learn how to do it safely or face the consequences of blowing ourselves up!”

*  From New Mexico: "The earth will not survive a nuclear war. The weapons we have today are able to cause much more destruction than those of previous eras. We must find a way to common ground.”

*  From Massachusetts: "It is imperative that we take steps to protect the sanctity of our elections and to prevent nuclear war anywhere on the earth.”

*  From Kentucky: "Secure elections are a fundamental part of a democratic system. But this could become meaningless in the event of thermonuclear war.”

*  From California: "There is only madness and hubris in talk of belligerence toward others, especially when we have such dangerous weapons and human error has almost led to our annihilation already more than once in the past half-century.”

Yet a wide array of media outlets, notably the "Russiagate”-obsessed network MSNBC, keeps egging on progressives to climb toward peaks of anti-Russian jingoism. The line of march is often in virtual lockstep with GOP hyper-hawks like Senators John McCain and Lindsey Graham. The incessant drumbeat is in sync with what Martin Luther King Jr. called "the madness of militarism.”

Meanwhile, as Dr. King said, "We still have a choice today: nonviolent co-existence or violent co-annihilation.

This article originally appeared on TruthDig.