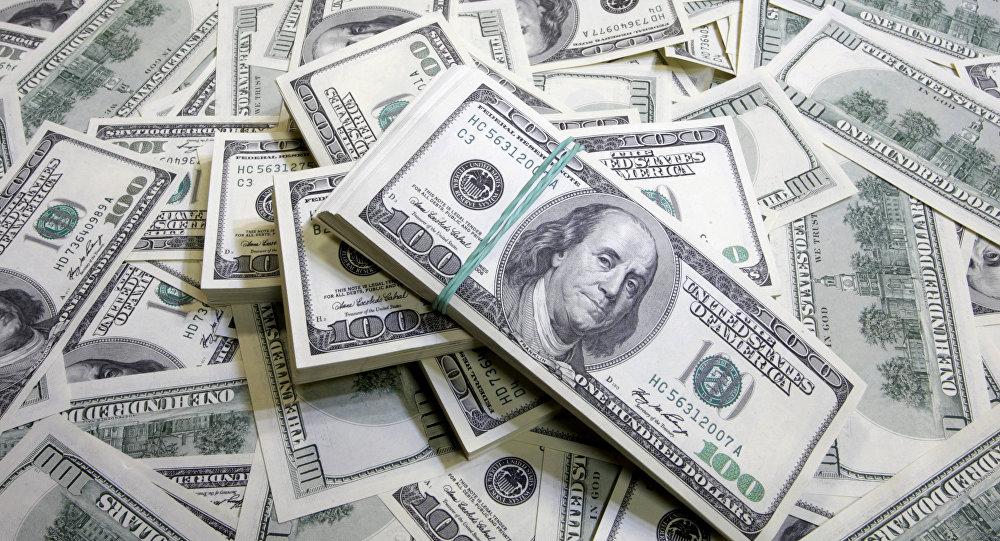 WASHINGTON (Sputnik) - A new draft law introduced in the US Congress would break up any financial company with a total exposure of more than 3 percent of GDP, meaning that the six largest banks in the United States would be forced to split up, Senator Bernie Sanders' office said in a press release on Wednesday.

"The legislation introduced Wednesday would cap the size of the largest financial institutions so that a company’s total exposure is no more than 3 percent of GDP, about $584 billion today," the release said.

The draft law would force the breakup of JP Morgan Chase, Bank of America, Citigroup, Wells Fargo, Goldman Sachs and Morgan Stanley, whose total exposures each exceed that cap, the release said. Under the legislation, the banks would be required to restructure within two years so that their total exposures do not exceed the 3 percent of GDP limit.

The bill — dubbed the "Too Big to Fail, Too Big to Exist" — was introduced by Sanders to the Senate and by Congressman Brad Sherman to the House of Representatives.

In his press release, Sanders countered that no financial institution should be allowed to grow so big and powerful that its collapse causes an economic crisis in the United States. The senator stressed that applying a cap on financial companies would promote a healthy financial market.

Sanders noted that the six largest US banks currently have a combined total exposure of over $13 trillion, which is more than 68 percent of US GDP.

The legislation comes 10 years after the 2008 financial crisis, which saw the collapse of Lehman Brothers, the fourth-largest US investment bank, whose assets totaled over $600 billion at the time.

Lehman's decision to file what remains the largest-ever bankruptcy in US history triggered a near-meltdown of the global financial system. As the crisis unfolded, the US federal government stepped in to extend a $700 billion lifeline to Lehman and other major financial institutions that were on the verge of collapse, arguing that these companies were simply "too big to fail."

Top
popular in the journal
KAZAKHSTAN. Major trouble. Started, they say, with the doubling of the price of LPG but now clearly another "colour revolution”, complete with a "leader” who ...
Some important talks are set for next week between Russian and U.S. officials. These talks will start in Geneva on Monday, followed by a NATO-Russian dialogue in ...
Antony Blinken noted that the US plans to "take stocks of the conversations" after a "pretty intensive week of engagements" with Russia