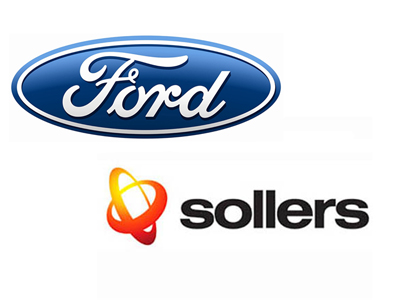 Reforms to Russia's automotive sector have been a rare Russian success story. The latest illustration of this was independent carmaker Sollers' announcement of robust six-month earnings results for its new joint venture with Ford, which led to a doubling of its share price.
Russia is on course to become the biggest car market in Europe sometime in the next years and foreign manufacturers upped their game last year when the Kremlin negotiated a new investment deal.
The Kremlin agreed to keep duties for imported car parts low for several more years provided the international carmakers increased production almost ten-fold to 300,000-350,000 units a year and increase the share of locally produced car parts from 30% to 60% in return. Five international majors signed up to the deal, which will run until 2020 when the full World Trade Organization (WTO) rules come into effect and open the market up to unfettered foreign competition.
Founded in 2000 on the basis of jeep-maker Ulyanovsk Auto Plant (known as UAZ in Russian), Sollers grew fast thanks to tie-ups with the likes of SsangYong, Toyota, Mazda and Isuzu, setting up production and, crucially, building up large distribution networks for each brand. More recently, Sollers has launched the first car plant in Russia’s Far East to make SsangYong’s cars.
However, things moved up a gear in 2006 when the company signed off on a deal to make Fiat’s Ducato under license – a Light Commercial Vehicle (LCV), or van – aimed at small business owners, and invested heavily into two factories as well as creating a nationwide dealership network.
"We expect the market to develop in the same way as the passenger car market where international companies have taken the lion’s share. So we made a large-scale investment into two factories and committed to sourcing half or supplies and components locally. In parallel, we started to produce Fiat passenger cars in Tatarstan,” says Soller’s CFO Nikolay Sobolev. "We expected to be very successful as the competition was very weak – mainly the GAZel from [Russian carmaker] GAZ.”
But the 2008 crisis hit Sollers hard and sales tanked. The company was able to refinance its debts after the state guaranteed all their debt, but Sobolev says Sollers had to rethink its strategy.
"The crisis drove the demand right down and we had significantly uncomfortable years – especially in the passenger car business,” says Sobolev.
Talks soon began with Ford, the first foreign manufacturer to actually set up production in Russia in 1998. After a "happy divorce” with Fiat, Sollers signed off on a new 50-50 joint venture with Ford in June last year to produce Ford vans and passenger cars and went into operation at the start of this year.
"If anything, Ford was too early [into Russia], but it had a built the best dealership network [and] most importantly they were fully committed to Russia,” says Sobolev. "The partnership included exclusive production of all Ford vehicles and distribution in Russia. Fiat kept its greenfield factory and the dealership we had created.”
The Sollers-Ford joint venture is the biggest investment deal in the sector to date and the partners agreed to invest RUB74.5bn ($42.4bn) up until 2020 – RUB41.1bn of which is to be spent on developing production capacities. With Ford, Sollers took a new direction, producing Ford’s popular Explorer Sports Utility vehicle (SUV), that is already proving to be a top seller in Russia.
Sollers also stayed in the LVC market by quickly retooling the Ducato line to make Ford's Transit van, which was launched in October 2011. The joint venture will also roll out a range of passenger cars that have until now been imported into Russia.
All in all, the partners’ two plants have a total capacity of 360,000 units a year and by the end of the first year they are already producing 140,000 units. But what caught investors’ eye were results for the first half of this year that were already showing a profit after only six months of operation. The share price doubled, rising from RUB320 ($10.32) at of the start of the year to a peak of RUB670 in September after the results were released. VTB Capital analysts say the stock still have a 78% upside. Currently the company has a 4% market share, but analysts expect this to more than double by 2017.
Sobolev says the market remains soft due to the ongoing crisis in Europe, but total car sales are still up 14% year to date – well ahead of economic growth – and should continue to increase next year, albeit at subdued rates. Russia’s automotive sector will produce an estimated 3m units this year, which already makes it the second biggest car market in Europe. In the next three years it will move up to 3.5m to 3.6m, overtaking Germany in process, says Sobolev.

"The Russian government has done a lot to support the development of the sector and there has been big changes. The industry was floundering in the 1990s, but now it is on track to become the largest in Europe in only a few years time,” says Sobolev.