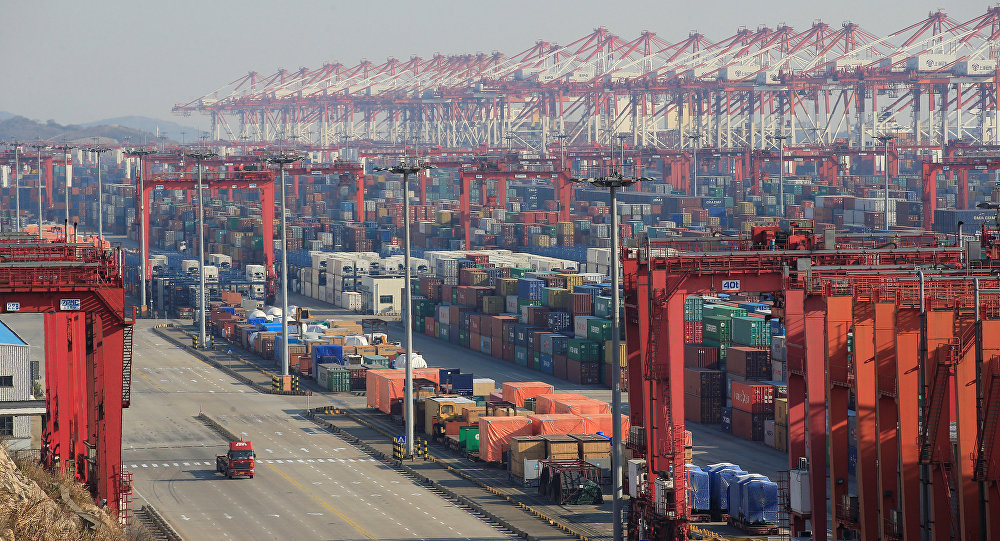 BEIJING (Sputnik) - Trade disputes, which have intensified this year between China and the United States, have had little impact on the Chinese economy, spokeswoman for the Chinese National Bureau of Statistics (NBS) Liu Aihua stated.

BEIJING (Sputnik) - Trade disputes, which have intensified this year between China and the United States, have had little impact on the Chinese economy, spokeswoman for the Chinese National Bureau of Statistics (NBS) Liu Aihua stated.

"As for the impact of US-China trade and economic relations, it is relatively limited, if we look at current statistics," the NBS spokeswoman said at a briefing.

Liu noted that one should not forget about numerous external factors of uncertainty and instability, as the growth momentum of the global economy and trade has noticeably weakened, there is instability in the global financial market and significant volatility of basic goods prices.

"If you look at the situation inside China, the structural disbalance that has accumulated over a long time is quite substantial, and a number of enterprises, especially private, small and medium ones, still experience difficulties in doing business," the spokeswoman stressed.

The statement comes amid continuous trade tensions between China and the United States, which kicked off when US President Donald Trump announced in June he was enacting a 25-per cent tariff on $50 billion of Chinese goods "that contain industrially significant technologies," in a bid to fix the US-Chinese trade deficit.

Since then, the two countries have exchanged several rounds of trade duties against each other.