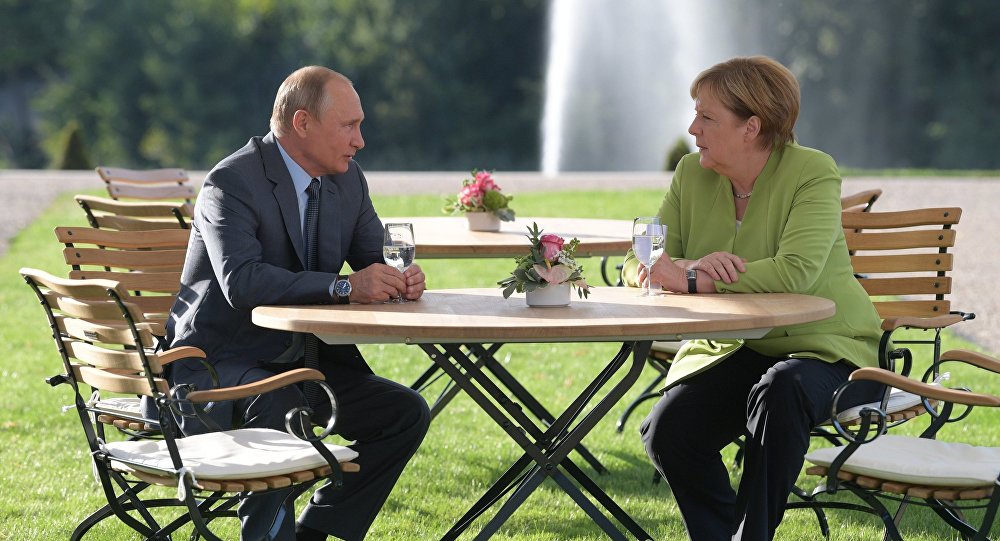 MOSCOW (Sputnik) - The introduction of additional sanctions against Russia over the recent incident with Ukrainian ships in the Azov Sea will complicate talks on the de-escalation of the situation, German Foreign Minister Heiko Maas said on Thursday.

Speaking about the situation around the Azov Sea, the German minister said that all sides should contribute to de-escalating the situation.

"Germany is doing so. Together with our French partners, we are holding talks with Russia and Ukraine", Maas noted.

The minister recalled that Germany was in favour of the release of Ukrainian sailors and free passage through the Kerch Strait in the long-term perspective.

"We talk about that. Negotiations are still beneficial, and I would not like to burden them with the decision to introduce new additional sanctions. Once we have to draw a line under them and look at the development of events", he added.

On Wednesday, German Chancellor Angela Merkel said in the parliament Germany would support the extension of sanctions against Russia at the EU summit. During the summit, slated for December 13-14, EU leaders plan to adopt a statement on the situation around the Azov Sea.

On November 25, Ukraine's Berdyansk and Nikopol gunboats and the Yany Kapu tugboat illegally crossed the Russian maritime border as they sailed toward the Kerch Strait, the entrance to the Sea of Azov. The Ukrainian vessels were arrested by Russia after failing to respond to a demand to stop.

Following the incident, Ukrainian President Petro Poroshenko signed a decree declaring martial law in several Ukrainian regions located near the Russian border and the coasts of the Black Sea and the Sea of Azov, which will be in place for 30 days.

Russian President Vladimir Putin has said that the incident was a provocation prepared in advance as a pretext to introduce martial law in Ukraine ahead of the country’s presidential election. The martial law would affect the campaign, set to start in late December, amid Poroshenko's low approval rating, Putin said.