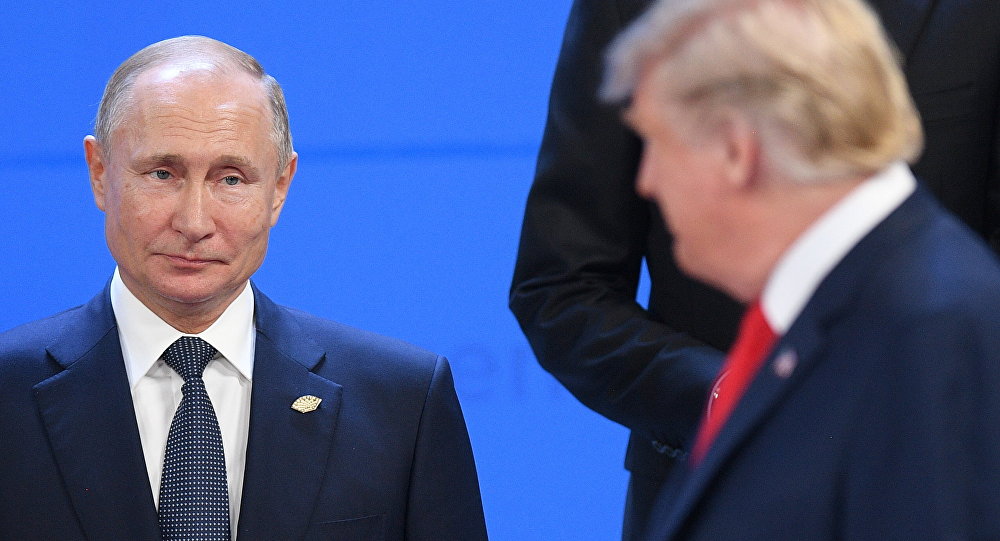 "The reason that there were no new full-format [Putin-Trump] talks after Helsinki is, I would say, in the general chaos in Washington in terms of domestic politics, when there are forces trying to make it seem as if any contact with Russia was something unsavory… There are always pretexts for meetings not to happen," Ryabkov told International Affairs magazine.

The deputy foreign minister added that the schedule of the Russian president included international events in which Trump might take part.

"You may compare their schedules, you may speculate on this topic, but this would be extremely irresponsible. It is a question for Washington," Ryabkov said.

Last month, Putin said that he was ready for a possible meeting with US President Donald Trump.

Putin and Trump were slated to meet during the G20 Summit in Buenos Aires on December 1, however, the US president called off the talks over the incident in the Kerch Strait that had occurred just a week before the summit, when three ships of the Ukrainian Navy had breached the Russian maritime border. All the vessels were later detained by the Russian border guards after failing to respond to a lawful demand to stop.