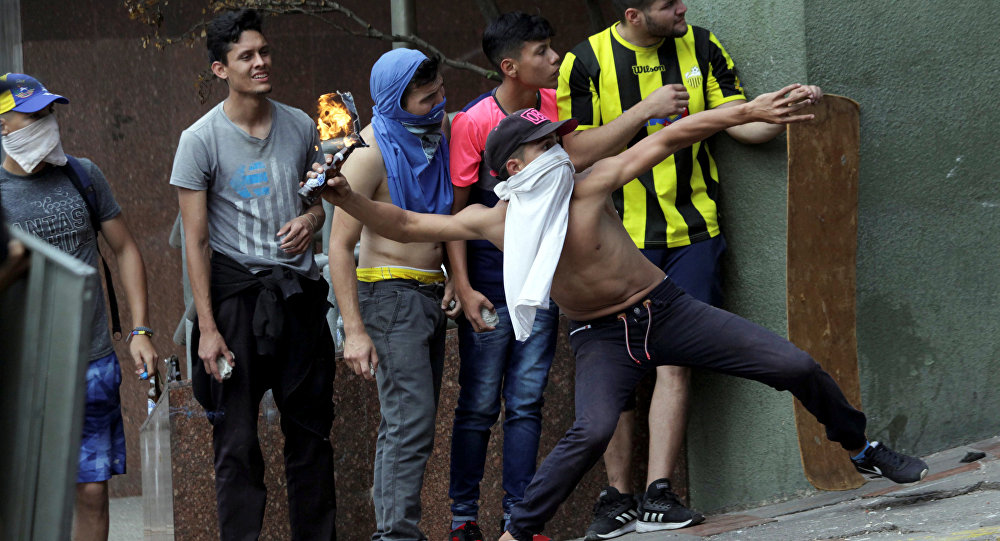 MOSCOW (Sputnik) - The main task in the situation around Venezuela is to prevent foreign interference, primarily military, Aleksander Shchetinin, head of the Department of Latin America at the Russian Foreign Ministry, said in an interview with Sputnik.

"The issue of foreign invasion is not raised by us. We drew attention to the assumptions that were made by senior American leaders. We believe that in this case, the task is to prevent external influences, especially military, on the internal situation in Venezuela," Shchetinin said.

He said the situation in Venezuela was up to the country's citizens to decide and called for the peaceful and constitutional settlement of the crisis.

"We are pleased to note that the overwhelming majority of regional, Latin American actors take the same position on the inadmissibility of any external armed intervention in the situation — by the way, regardless of the position they adhere to in relation to the Maduro government," Shchetinin said.

The diplomat went on saying that Russia has had no contacts and does not plan any with Venezuelan parliament speaker Juan Guaido, whom a few countries have recognized as Venezuela's head of state.

"We have said that if our efforts are requested, we are ready to [mediate the crisis]," the diplomat added.

The current political crisis in Venezuela started on 23 January, when opposition leader Juan Guaido declared himself the interim president of the country.

Guaido's interim presidency has been supported by around a dozen countries, mostly Latin American ones, and the United States, Canada and France as well. In turn, Nicolas Maduro claimed that he was the country's constitutional president and called the opposition leader a puppet manipulated by the United States.

Russian Foreign Minister Sergei Lavrov said that recent events in Venezuela were a gross violation of the country's sovereignty. Moscow has warned the US against the military actions in the country and noted that Washington was interfering in Venezuela's internal affairs.