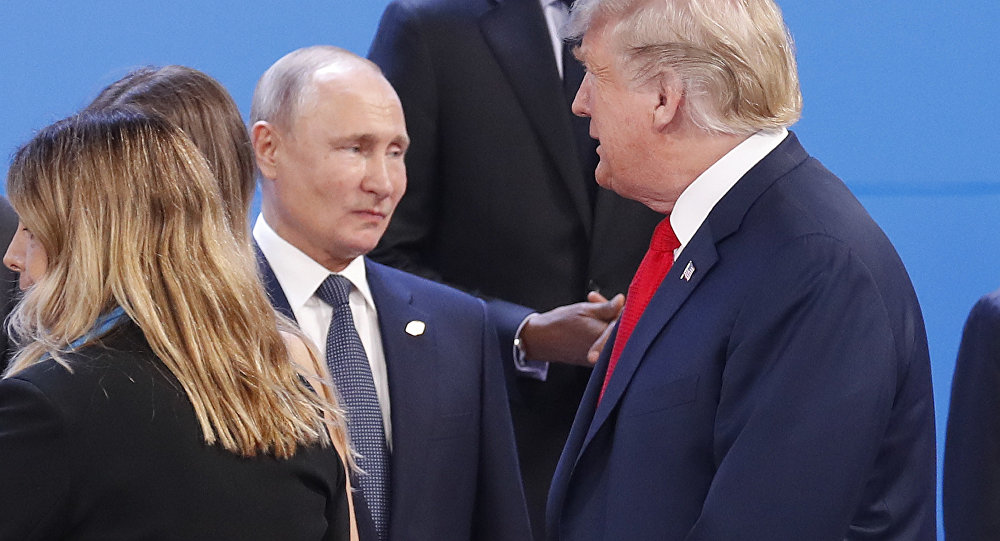 MOSCOW (Sputnik) - Moscow hopes that the meeting between Russian President Vladimir Putin and his US counterpart, Donald Trump, will take place, preferably in a full-scale format, Kremlin spokesman Dmitry Peskov said on Sunday.

"We hope that such a meeting will take place, but there can be lots of questions because it can be an on-the-go meeting, a very brief one; it can be a meeting on the sidelines [of the G20 summit]; or it can be a pre-planned full-scale meeting with an agenda, which, maybe, would be more necessary, based on common interests", Peskov told the Rossiya 1 broadcaster.

The two leaders could hold their next meeting in Japan's Osaka during the G20 summit.

The spokesman also noted that Moscow was waiting for Washington to come up with initiatives regarding the possibility of the Putin-Trump meeting, but no proposals had been made by the United States so far.

Peskov added that it was difficult to talk about the prospects of Russian-US relations in light of the upcoming presidential election campaign in the United States, but certain things would clear up at the G20 summit.

Commenting on the iisue, Kremlin aide Yury Ushakov said that it would be good for everyone if Vladimir Putin and Donald Trump, the presidents of such important actors as Russia and the United States, held a meeting and talked to each other in a calm manner.

"Everyone would benefit if the presidents of the two leading countries sat down and talked in a calm manner", Ushakov told the Rossiya 1 broadcaster.