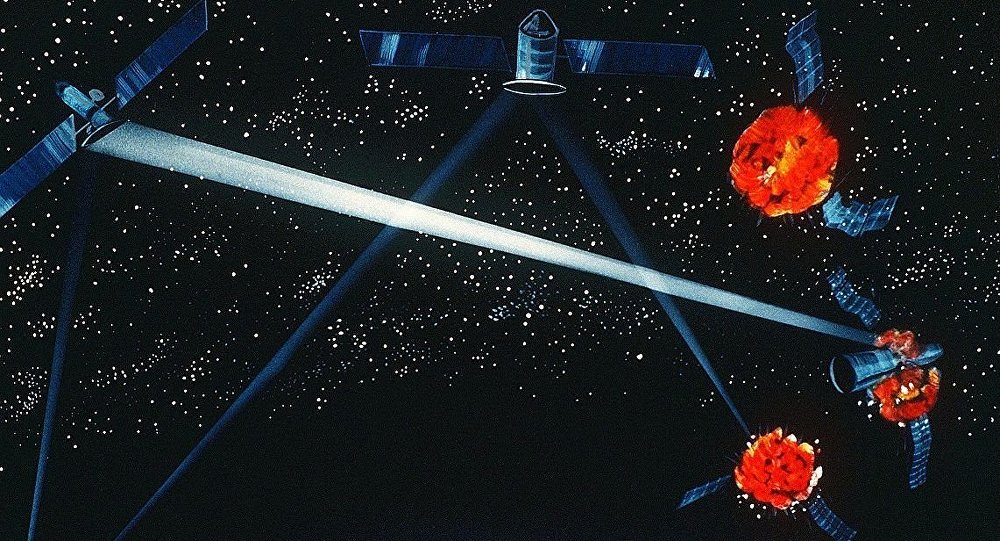 This follows the Russian Foreign Ministry underscoring in April that Moscow is ready and willing to hold a full-fledged dialogue with any country in order to prevent militarisation of outer space.

Air Force General John Raymond, who has been nominated to lead the US Space Command, has claimed that the armed forces of Russia and China are rapidly developing their space capabilities, while the US military’s operational advantages in this sector are shrinking.

He claimed that Russia and China have managed to strengthen their space capabilities over the past few years mainly by "watching how the United States has integrated its [space] capacities into its military operations”.

"The US military relies on space operations in some capacity for nearly everything it does, from GPS navigation to communications to guiding weapons to specific targets,” Raymond added.

He claimed that Russia, in particular, creates a "wide range of threats" to US space capabilities, allegedly posing a "direct challenge to the superiority of the United States and its allies” in outer space.

Raymond referred to alleged Russian space defence systems which he argued are designed to neutralise US space forces in a an attempt to compensate for the American advantages in the field of conventional armaments.

The remarks come after the Russian Foreign Ministry underlined in a statement in April that for Moscow, "the prevention of an arms race in space and its transformation into another sphere of armed confrontation remains a foreign policy priority”.

"We are ready to conduct an equal dialogue with all states in order to keep space free of weapons of any kind as a condition for ensuring international peace and security," the statement pointed out.

Earlier, the US Defence Intelligence Agency (DIA) released a report in which it alleged that Russia challenges US space defence capabilities by "pursuing laser weapons to disrupt, degrade, or damage [US] satellites and their sensors”.

In a separate development, President Donald Trump announced late last year that the US was creating a space force to catch up with China and Russia. Moscow, in turn, warned Washington against deploying conventional arms in space, saying that the international community had yet to adopt an agreement on the issue.

US Vice President Mike Pence, for his part, said that Washington fully supports the 1967 Outer Space Treaty and has no intention to alter the document.

The document bans the deployment of weapons of mass destruction into space or installing such weapons on celestial bodies. The treaty has been ratified by more than 100 countries including Russia, the US, China, and North Korea.