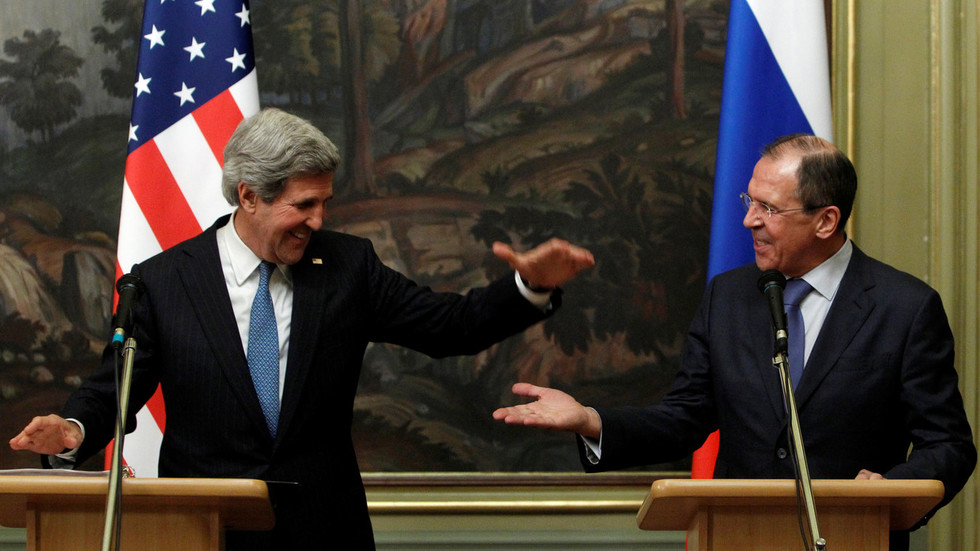 Former US Secretary of State John Kerry recognized that the outcome of the 2014 Crimea referendum reflected the will of the people, but instead of admitting it publicly, quietly called for a repeat vote, Sergey Lavrov said.

In an extensive interview with RBK news site, Russian Foreign Minister Sergey Lavrov said the Obama administration's secretary of state, John Kerry, agreed with Moscow that the March 2014 referendum in Crimea, which turned out overwhelmingly in favor of reuniting with Russia, genuinely showed the people's support for the move.

At the same time, Kerry reportedly urged Moscow to conduct the popular vote again for the sake of protocol.

"I won't reveal a big secret if I say that John Kerry was telling me in April 2014: 'Everything is clear. Everything happened the way the Crimean people wanted. But, for form's sake, hold another one [referendum]," Lavrov stated.

Moscow dismissed the idea as unnecessary.

"If you already understand everything, why make people vote again?" Lavrov said, explaining the Kremlin's reasoning.

Lavrov, who is one of the longest-serving senior Russian officials, in office since 2004, said he hopes his revelations won't spoil his relationship with Kerry.

"I hope John will not take offence at me," Lavrov said, adding that Kerry, in his own memoir, also spilled some of their tête-à-tête conversations. Lavrov and Kerry were on good terms during the latter's tenure as secretary of state from 2013 to 2017 – their rapport was credited in sealing the 2013 deal on destroying Syrian chemical weapons.

Kerry is unlikely to admit he ever recognized the Crimean referendum – considering Washington's official position at the time. The US staunchly opposed the idea of a referendum even before it took place, declaring the vote "invalid" in a UN Security Council resolution, subsequently vetoed by Russia.

The US, followed by the EU, slapped sanctions on Russia both in the run-up to the vote and after it took place.

In public, Kerry himself did not hold back, saying the arrival of Russian forces in Crimea at the request of the local authorities was an "invasion" and the subsequent referendum "contrived" and "bogus."

That stance hasn't shifted with the change of power in Washington. State Department spokesman Robert Palladino recently called the vote a "so-called 'referendum' at the barrel of a gun."