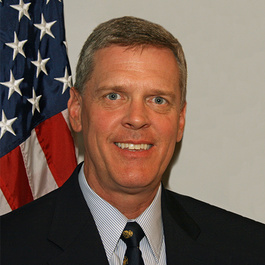 Bridge Across Elbe at Torgau

My favorite picture is one taken by American Private Paul Staub on 25 April – a picture of the meeting as it was actually happening. In Staub’s photo we see that when the American and Soviet patrols got to Torgau they found the bridge over the Elbe destroyed. The bridge was a twisted mass of steel, half submerged in the Elbe River, which was swollen with spring rains. Staub took the picture as LT Bill Robertson and Sergeant Frank Huff climbed out on the broken bridge to meet Sergeant Nikolai Andreev over the middle of the river. It was a risky thing for all of them to do. They could have easily slipped and fallen into the river and drowned.

LT Robertson and his three soldiers were not even supposed to be in Torgau that day. They had been assigned to go look for prisoners of war and make sure they got back to safety. In fact, Robertson had been ordered not to go the Elbe River. He was supposed to go no further than a few kilometers from his headquarters – nowhere near Torgau. But Robertson was what we in the US Army call a "cowboy:” someone who wanted to be where the action was. There were two other patrols that day who also met with Russian soldiers along the Elbe. But Robertson’s patrol got its report back to headquarters first.

When Robertson’s Division Commander, General Rheinhardt, heard that Robertson had gone to the Elbe River, he decided to court martial him. But the Army Commander, General Bradley, was pleased with the link up and General Rheinhardt changed his mind. Making the link up with the Soviet forces was very risky for Robertson and his men. First, LT Silvashko and his men thought the Americans might be Germans, so they fired at them from across the river. Robertson was almost shot. Eventually Robertson found a Russian-speaking prisoner in the town who helped signal to Silvashko that they were Americans. Then they had to climb out on the damaged bridge. But those brave men, Americans and Russians, made the effort and linked up.

For the next 70 years, the US-Russian relationship has been like that day in Torgau: sometimes shooting at each other, sometimes taking the risk to climb out on a broken bridge and link up.

That is what the Elbe Group does today – try to keep communications open between the US and Russia even when the bridges between us are damaged. The Elbe Group consists of retired US and Russian generals from the military and intelligence services. Our purpose is to maintain an open channel of communication between our two sides and to discuss the most sensitive issues between us. It is not our purpose to always agree and, we often do not agree. Our meetings are not secret. We meet in third countries because some of us cannot get visas to each other’s country. So we have met in places like Istanbul, Morocco, and Portugal. In March 2015 we met in Torgau Germany.

We speak openly, frankly, and respectfully to each other.It is a respect that has been built up over ten years of meetings.

Seventy years ago, our fathers and grandfathers fought together against a common enemy.That war killed millions and destroyed nations.In the wartime poem, Vasiliy Terkin, the hero, Terkin, tried to explain to his comrades how terrible war can be.

Today we not only need brave lads like Terkin who are ready to defend our nations, but we also need brave leaders who will climb out on broken bridges in order to avoid shooting at each other.We know that the lads exist. We hope that the leaders do too.