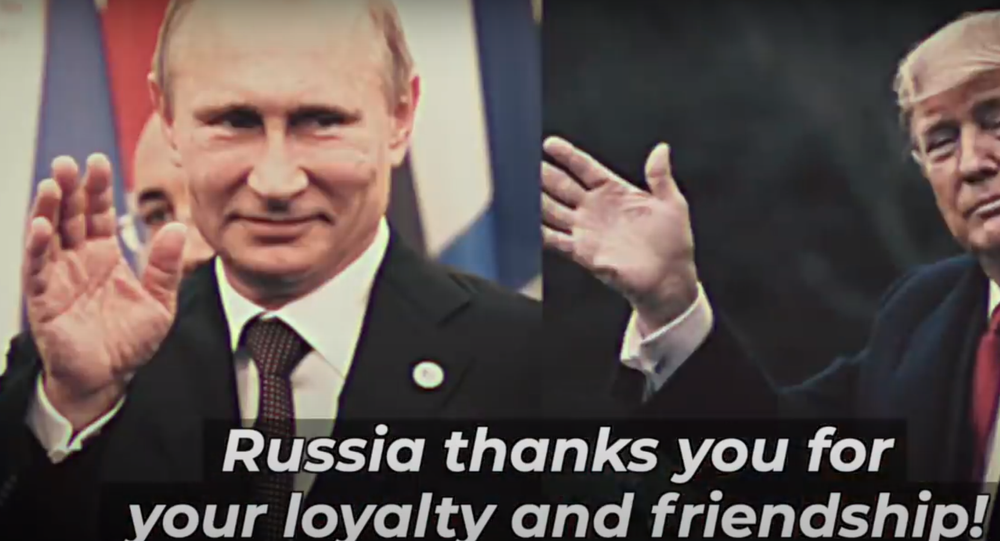 With the US presidential election in November looming large on the horizon, incumbent President Donald Trump is being criticised on many fronts: his response to the COVID-19 pandemic, his handling of BLM protests, and of course, the seemingly endless allegations of Russian meddling.

GOP political action committee The Lincoln Project has released a Russian-language ad, in which President Donald Trump receives an "endorsement" from his Russian counterpart Vladimir Putin, in a style resembling Soviet propaganda.

The mock ad named "Fellow Traveller" tells the story of "Comrade Trump" receiving support from "our great leader Vladimir Putin" in 2016, naming it "most important endorsement".

The ominous Russian narrator goes on to say that "we manipulated your votes, spread our glorious propaganda, and you, American dogs, were set against each other", apparently referring to the numerously disproved allegations that Moscow interfered in the 2016 presidential election in the United States.

The ad "reveals" that Trump has "again" accepted Russian help and then the video ends with "Russia thanks you for your loyalty and friendship!".

Russia has vehemently denied claims of its alleged meddling in the US presidential election, yet again reiterating its position as this year's race for the White House heats up, slamming the accusations as "part of the domestic political fight".

The Lincoln Project, who produced the ad, is a political action committee formed by several current and former Republicans and wants to prevent Donald Trump from being re-elected on 3 November.