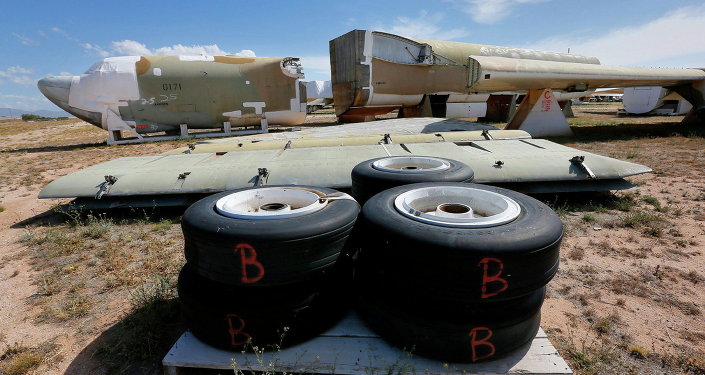 MOSCOW (Sputnik) - The United States has backed down from a proposal to add China to the talks on the New Strategic Arms Reduction Treaty (New START) but set other conditions with the negotiations still being bogged down, Russian Deputy Foreign Minister Sergey Ryabkov said on Saturday.

"China's participation in possible future talks, discussions in various formats, on arms control, in particular, nuclear arms control, was touched upon by the US representatives in Vienna all the time, so the topic is still on the table", Ryabkov said.

At the same time, the diplomat noted that Russia's position on the matter, including the mandatory participation of the UK and France in the future talks in case of the expansion of the list of those involved, did not change.

"We have not reached a consensus on this whole range of issues. And again, in this regard, we have to state that, accordingly, the optimal way [to hold talks] is a bilateral, the Russian-US one, in order to avoid filling the agenda with topics that, by and large, depends on what decisions on this topic will be made and whether they will be made at all in Beijing, London and Paris. Therefore, this part seems to have been worked out in a completely predictable manner and there are no shifts, changes in the approaches of the parties", Ryabkov said.

As for the treaty extension, the situation is complicated by the fact that Washington has set a number of conditions to a hypothetical decision in favour of the extension.

"Formally, Billingslea is, of course, right, saying that this issue is now being worked out bilaterally, and the 'Chinese factor' does not directly affect the extension of the START Treaty", the diplomat said.

At the same time, the official noted that Russia's position voiced by President Vladimir Putin regarding the extension without preconditions for five years in the form, in which it was signed, "has not changed in any way."

"Secondly, we do not see how this treaty could be changed, especially in the time remaining before its expiration, given the United States' unwillingness to take into account our priorities and our concerns in the field of nuclear missile arms control. We took their conditions, their formulated wishes into consideration, but on the US side, too, must go their part of the way, do some homework. So far, everything is still bogged down", the diplomat concluded.

Earlier this week, US Special Presidential Envoy for Arms Control Marshall Billingslea said that the US administration dropped its demand for China to join the negotiations. Washington now aims at first securing a political agreement with Russia and then urging China to join the talks and subsequently a deal.