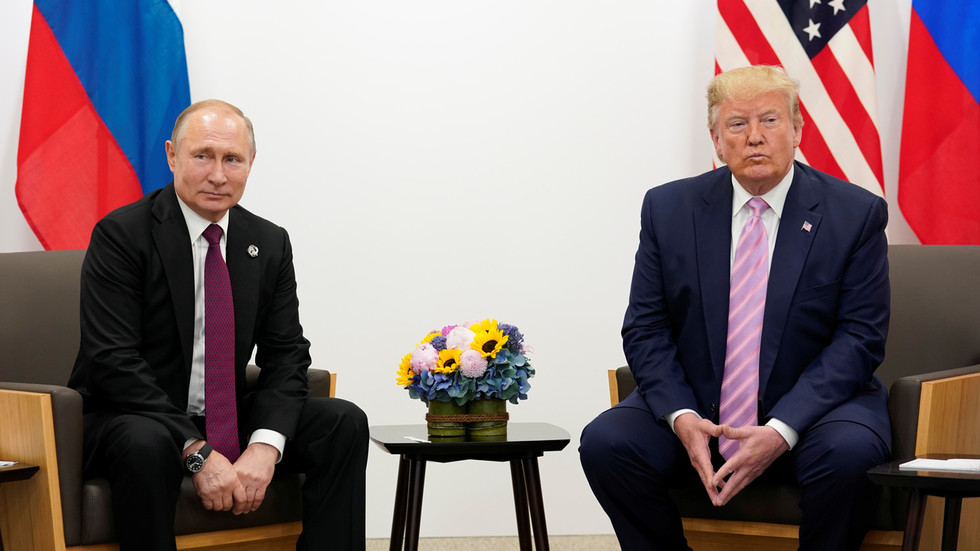 As the world order evolves, there should be an opportunity for countries to build new relationships. But as long as Western powers follow the tired US narrative that ‘Russia equals bad,’ there will be no significant change.

By Glenn Diesen, an Associate Professor at the University of South-Eastern Norway and an editor at the Russia in Global Affairs journal. Follow him on Twitter @glenndiesen

As the world order evolves, there should be an opportunity for countries to build new relationships. But as long as Western powers follow the tired US narrative that ‘Russia equals bad,’ there will be no significant change.

As the US emerged as the sole superpower after the collapse of the Soviet Union, the foreign policy flexibility-versus-reciprocity equation was altered. Without any powers that could restrain the US and the West, international law began to change by introducing concepts that advocated sovereign inequality and removing the constraints on the use of force.

The good intention of a liberal international order was that it must be a more just one to be orderly, as an excessively orderly international system cannot be just. However, the commonality of humanitarian interventionism, democracy promotion, the global war on terror and other new foreign-policy endeavours is that the West could claim absolute sovereignty, while concurrently claiming the prerogative to intervene in other states.

The current decline of the US, as evident by its diminishing influence over the international system, is creating new pressures to restore traditional international law that elevates sovereign equality. Simply put, great powers such as China and Russia have few incentives to be restrained by international law that does not constrain the West. Russia firmly rejected the exclusive right of the West to recognise Kosovo’s independence from Serbia, by arguing it set a precedent for Russia to recognise Crimea’s independence from Ukraine.

From this perspective, Russia’s actions over Crimea can strengthen international law to the extent the West recognises it must curb its foreign policy flexibility to obtain reciprocity from Russia. With a rising China and Russia, the West has strong incentives to reintroduce the concept of sovereign equality and international agreements that restrains the use of force and prioritises order.

Yet, the rejection of an emerging multipolar world is creating the opposite effect. President Trump’s efforts to reverse the decline of the US are pursued by removing restraints to regain the advantage over adversaries. Despite Trump’s lack of popularity by the political class across the West, there is nonetheless support for his worst instincts by the liberal interventionist.

The idea is that an international system based on sovereignty is immoral, as it rejects the prerogative of the West to protect the peoples of other nations. There is a growing consensus for confronting China, a never-ending appetite for anti-Russian sanctions and the praise for Trump is largely limited to when he bombs Syria. When the world is seen in the Manichean prism as good versus evil, any recognition of Russian interests and subsequent compromise is tantamount to appeasement and betrayal of indispensable values.

European capitals are becoming more vocal about the need for dialogue and agreeing on fundamental principles of conduct with Russia and China, although the demand for Western solidarity obstructs any significant efforts to develop the principles of international law and agreements required for a multipolar world.

The prevalent liberal argument since the Cold War is that the collective West can guarantee a liberal rules-based order. This international order always had a crucial contradiction. When the solidarity of the West is a condition for the rules-based order, it cannot consistently apply principles of international law. In other words, Russia will always be in the wrong. Principles such as territorial integrity versus self-determination will always be dictated by interests.

Moscow’s frustration grows from watching European capitals complain about the collapse of international law and agreements while enabling the development. European capitals expressed concerns about missile defense undermining strategic nuclear stability in the 1990s, yet have since adapted to the new realities and treat the issue as Russian disinformation.

The Europeans urged the US not to unilaterally withdraw from the Intermediate-Range Nuclear Forces (INF) Treaty, yet eventually fell in line by blaming Russia. Russiagate proved to be a hoax originated with the discredited Steele dossier, while former National Security Agency Technical Director Bill Binney has proven that the Democratic National Committee servers were never hacked. Yet, the narrative and sanctions remain. The EU is currently debating how to "support Belarusians,” while in the same breath cautioning Russia against interfering in its own Union State.

Russian foreign policy will likely be devoted to preventing relations from spiralling out of control while remaining realistic about the inability to significantly improve relations or to revamp international law. Russia will continue to push back against unilateralism and accommodate multilateral formats. Navigating through an international system under rapid change is fraught with risks, as the major powers are prepared to take greater risks at a time when the potential for miscalculation is growing.