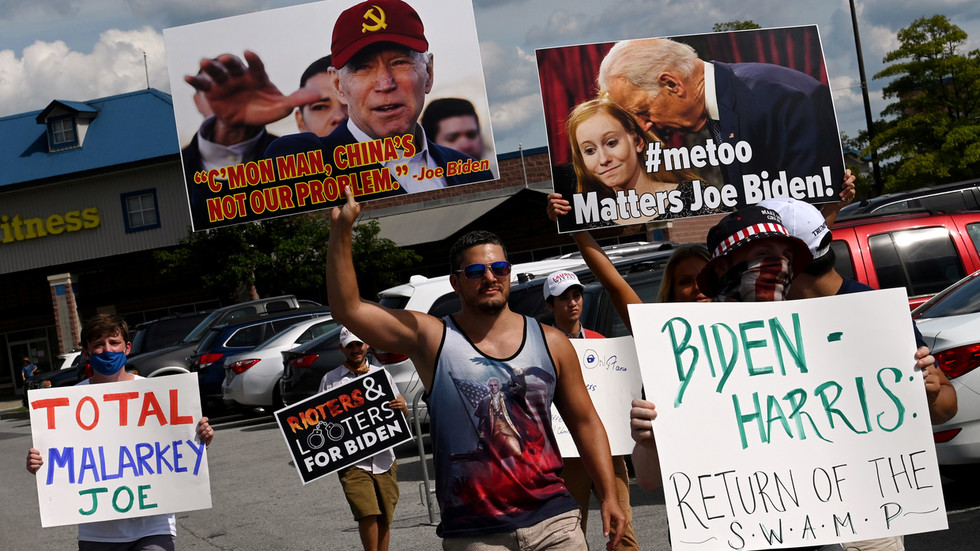 According to the top Democrat on the Senate Intelligence Committee, one should be particularly vigilant about the Russian trolls, lurking around the social media feeds, as Kremlin is allegedly once again seeking to prop up President Donald Trump and help him secure re-election in November.

Speaking to NBC News’ "Meet the Press” on Sunday, the Senator warned that if one is not careful enough, he can accidentally become a Russian "agent” partaking in the alleged smear campaign against Biden.

Moreover, the Senator said that the intelligence community should be more vocal and, basically, instruct the public on how to handle information.

"It’s incumbent on the intelligence community to lay out more of the facts of what we know about that disinformation campaign,” he said.

The Russiagate saga has been marred with controversies throughout the whole presidential term of Donald Trump, and after years of taxpayer-funded probes, failed to prove the thing it was originally designed to investigate – the Trump-Russia collusion. Severe lack of facts, however, did not interfere with the drive to frequently roll out new sanctions against Russia, as well as to produce more baseless accusations.

The latest batch of them arrived earlier in August, when the Senate Intelligence Committee released its fifth and final report on Russia’s supposed interference. In the 1000-page report, word "likely” appeared nearly 140 times, while "almost certainly” – 21 times. In nearly every case, those words were used to make assumptions in place of actual evidence. Senator Warner has urged Americans to read the lengthy report for themselves.