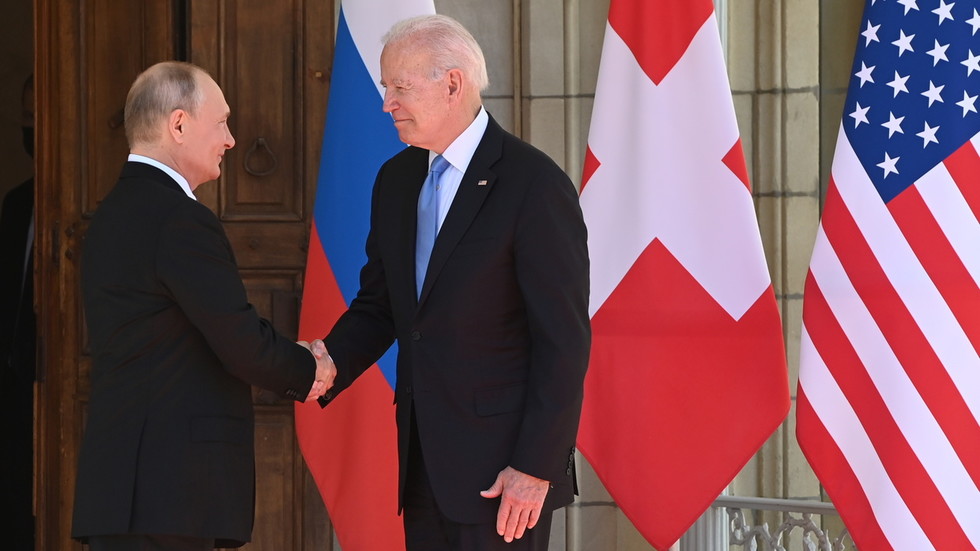 Speaking to TV channel Russia 24, presidential spokesman Dmitry Peskov explained that a rapid improvement of the bilateral relationship is not feasible.

"Russian-American relations probably can’t change in two weeks,” Peskov said. "You know, [it’s] like a neglected disease. You start taking medication, and the effect only comes after a few days.”

The spokesman noted that it would take a "number of months” before any kind of improvements or "modest tendency towards constructivism” could be seen.

On June 16, Putin and Biden held their first meeting since the US president’s inauguration in January. The summit was held at Villa La Grange, a historic 18th-century villa near Lake Geneva in Switzerland. Before the start of discussions, Putin thanked his American counterpart for taking the initiative to arrange a meeting, underscoring that "Russian and US relations have a lot of accumulated issues.” Following the summit, both leaders were positive, noting that talks had been cordial.

After the encounter, the two leaders adopted a joint statement on strategic stability and agreed to continued consultations on the Strategic Arms Reduction Treaty (START III).

A day after the meeting, Putin complimented the US leader as "skilful” and "collected,” noting that he is thoroughly knowledgeable about all subject matters.

"The image of President Biden which the Russian and even American media paint has nothing to do with reality,” Putin explained. "Biden is a professional. You have to work with him very carefully so as not to miss anything. I can assure you, he doesn’t miss a thing.”