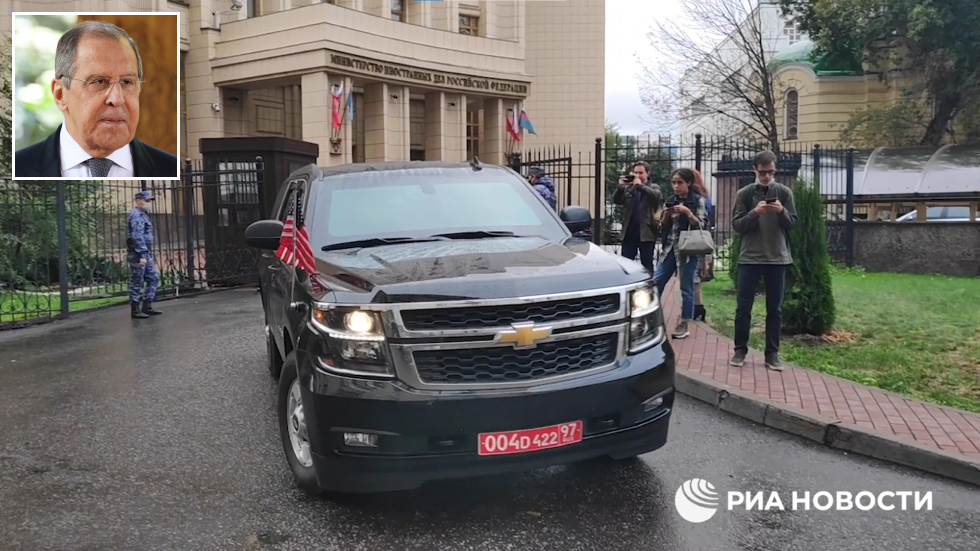 Russian officials are waiting for an answer after presenting the American ambassador with a dossier on purported examples of US attempts to interfere in the country's upcoming elections, Foreign Minister Sergey Lavrov has said.

Russian officials are waiting for an answer after presenting the American ambassador with a dossier on purported examples of US attempts to interfere in the country's upcoming elections, Foreign Minister Sergey Lavrov has said.

Speaking to reporters on Wednesday, the top diplomat claimed that the evidence was compelling, and had been presented to Ambassador John Sullivan, who was summoned for a meeting on Friday. "The evidence was given to him," Lavrov said. "It is quite serious, really. We are still waiting for an answer from our American colleagues why this is happening."

The charges, he said, relate to the refusal of US tech companies to block access to prohibited content. Last week, Russia's digital watchdog, Roskomnadzor, issued a sternly worded warning to companies like Apple and Google, as well as VPN service providers Cloudflare and Cisco, in which it said the firms were violating the country's election laws.

"During the pre-election campaign, it is prohibited to enable the violation of Russian legislation, including those related to election campaigning on the internet," officials insisted. The row came as authorities accused another 10 foreign firms, including American, British and German businesses, of helping users circumvent court orders and enabling them to access blocked websites.

Specifically, the four US companies named by Roskomnadzor stand accused of failing to implement a ban on accessing the so-called 'Smart Voting' website, set up by allies of jailed opposition figure Alexey Navalny. The campaigner's operations were designated as 'extremist groups' by a court earlier this year, and officials say the platform is an extension of his activity.

In July, Lavrov alleged that parliamentary elections could become a lightning rod for potential foreign interference, with polls set to open on Friday. "Our Western colleagues do not hide the fact that many of them would prefer to deal with a weak Russia, devoid of landmarks – a Russia ready for any concessions. We see efforts, nearly daily, to influence our domestic and foreign policy," he said.

"I want to say with full responsibility that the plans being hatched by the West will not work, [Russian President Vladimir Putin] has repeatedly said this," Lavrov fumed.