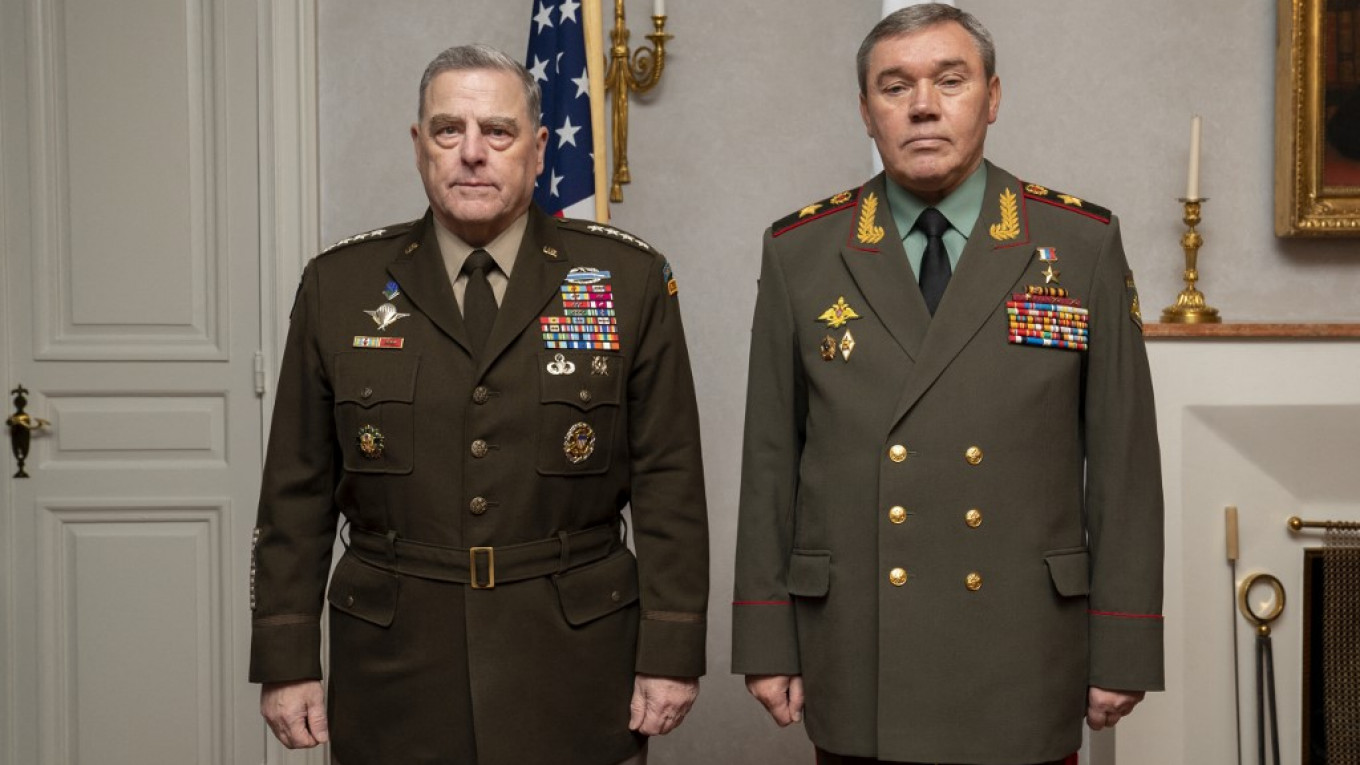 The U.S. and Russian military chiefs of staff met Wednesday in Helsinki for the first time in 20 months, amid Washington's hopes for support to continue surveillance of extremists in Afghanistan.

The U.S. and Russian military chiefs of staff met Wednesday in Helsinki for the first time in 20 months, amid Washington's hopes for support to continue surveillance of extremists in Afghanistan.

Chairman of the Joint Chiefs of Staff General Mark Milley met with Chief of Russian General Staff General Valery Gerasimov, the first time since December 2019, the Pentagon said in a statement.

"The meeting was a continuation of talks aimed at improving military leadership communication between the two nations for the purposes of risk reduction and operational de-confliction," said Colonel Dave Butler, spokesperson for Milley.

He gave no details, saying the two sides agreed to keep their conversation private.

The meeting came as the Pentagon is searching for locations on Afghanistan's border to maintain surveillance of the jihadist groups Al-Qaeda and Islamic State in the wake of the U.S. withdrawal from the country after 20 years.

Concerned about the resurgence of both groups, the U.S. military has said it will maintain an "over the horizon" capability to strike them if a threat is perceived.

But that would be easier if the Pentagon is able to operate out of one or more of the countries to the north of Afghanistan where it had bases in the early 2000s, like Uzbekistan, Tajikistan and Kyrgyzstan.

Currently the U.S. military does not have access to any of the Central Asian countries for such operations, however — while Russia, which views them in its sphere of influence, does have bases.

Another issue which could have figured in the Milley-Gerasimov talks is Ukraine, where Washington has supplied arms and supplies to confront Russia-allied rebels in a longstanding low-level conflict.

On Monday Ukraine launched joint military exercises with the United States and other NATO countries as tensions with Russia remained high over the Kremlin-backed insurgency in the country's east.

In April, Russia amassed around 100,000 troops on Ukraine's borders, raising fears of a major escalation in the protracted conflict. Moscow later announced a pullback.

Islamic State and al-Qaeda are terrorist organizations banned in Russia.