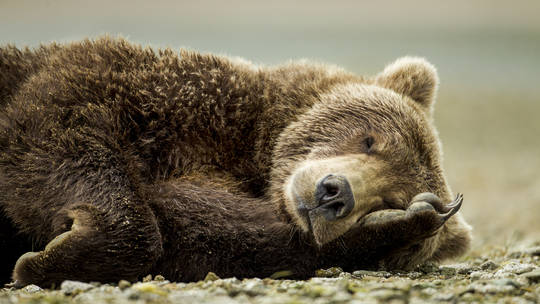 Washington and Moscow have engaged in a long-distance debate over which animal represents Russia best, with the Kremlin opting for the traditional bear rather than a fox suggested by the White House.

The battle of animalistic national symbolism was started by President Joe Biden's spokeswoman Jen Psaki during her daily press briefing on Tuesday. Commenting on US claims that Russia could attack Ukraine at any moment, she cast doubt on Moscow’s assurances to the contrary and its insistence that NATO posed a threat to Russia’s national security.

It was not clear which statements by the Russian leader she was referring to. Putin mentioned Ukraine this week when he described a possible scenario in which Kiev is admitted into NATO and then launches a military attack to capture Crimea from Moscow, thus starting a war between Russia and the US-led military bloc.

When asked about the fox remark on Wednesday, her Kremlin counterpart Dmitry Peskov said being poetic was not part of his job description.

"Well, Russia is traditionally compared to a bear. And he wouldn’t be able to climb a hen house, even if he wanted to. He is too big and heavy to do that,” he added.

Accusations that Russia is preparing for a military invasion of Ukraine have been voiced by Western governments and media for several months now. The supposedly imminent threat is perceived as overhyped by Kiev, while Moscow says it is non-existent.

Amid the tension, Russia said it will no longer tolerate the expansion of  the NATO presence in Europe, including in countries that are not formally members of the organization, like Ukraine.

Moscow demanded written guarantees that Ukraine and Georgia would never be admitted to NATO and other security guarantees. Washington and NATO rejected the demands, but said they were ready to discuss other ways to defuse the situation.