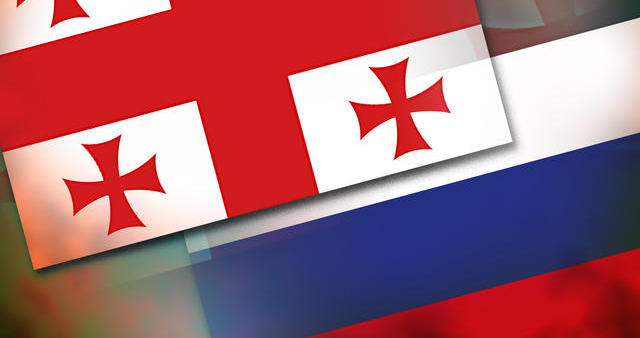 In power for just three months, the government of Prime Minister Bidzina Ivanishvili appears to have struck gold in economic relations with Russia: officials in Moscow have tentatively given the green light to resuming Georgian wine and mineral water imports, reopening a major market for Georgian farmers and businesses.
While critics in Tbilisi have slammed the overture as striking a deal with an occupying power, the true test of PM Ivanishvili's Russian gambit will be his ability to balance the country's economic need for its northern neighbour with Moscow's penchant for undermining Georgian sovereignty and its stated goal of moving closer to the EU and Nato.
On February 4, a Georgian delegation is scheduled to meet with Russia's de facto wine tsar, Gennady Onishchenko, head of the Russian state consumer protection agency. Onishchenko famously banned Georgian wine, mineral water and other goods on alleged health concerns in 2006, though it was almost certainly politically motivated, given the deep hatred and mistrust between Vladimir Putin's Kremlin and Georgian President Mikheil Saakashvili.
The February meeting between the new Georgian government and the Russian government, long anticipated by the Georgian media, has been billed as the country's reentry to the Russian market – a virtual mecca for Georgian wine producers and mineral water bottlers that has been off limits since the embargo.
No place to go
For the past six years, Georgian companies have gone to great lengths to circumvent the restrictions, exporting Georgian goods through third countries and even selling controlling shares in some businesses to Russian companies. While Saakashvili and his government tried valiantly to make up for the Russian market during the years following the embargo, it is hard to underestimate its importance to the Georgian economy.
Prior to the embargo, an estimated 75% of all Georgian wine was exported to Russia. In 2007, just a year after the embargo, wine exports reportedly dropped from €59m to just €21m. Over the past six years, exports have slowly increased, nearly doubling to €40m in 2011, but despite opening new markets in China, India, and other countries, the sector has never fully recovered.
In reality, the embargo effect went much deeper than just wine sales: Georgian households around the country suffered from the loss of the Russian market, from the wine rich regions of Kakheti and Racha, where farmers depend on grape crop sales, to citrus producing regions in western Georgia were families supplemented their income by shipping lemons and nectarines to the Russian market. Those farmers helped secure a victory for Ivanishvili's Georgian Dream coalition in the 2012 elections, which ran on a platform of relieving poverty in the regions by resuming trade relations with Russia.
In a recent prognosis for Georgia's economic growth in 2013, the International Monetary Fund (IMF) tied Georgia's prospects to its relations to Russia. IMF Representative Azim Sadikov said growth rates could slow to 6% if the country falters under increased political uncertainty and poor relations with Moscow. "There is a real possibility of increased trade with Russia and new sources of foreign investment," Sadikov said in a January interview withReuters. "However, if the current uncertainty persists… then growth in Georgia could be lower than we project currently."
In the weeks and months since President Saakashvili and his party were trounced in the October 2012 election, officials in Moscow and Tbilisi have flirted with reconciliation: there have been conferences on trade, new committees formed, even a new Tbilisi office created for a special envoy on Russian relations - the first such step since the two countries severed all diplomatic relations following the August 2008 war.
In January, the countries' leaders were also seen making strides toward better relations. President Putin took time out to meet Patriarch Ilia the Second, the most respected public figure in Georgia, while Prime Minister Dimitry Medvedev chatted with Ivanishvili during the Davos World Economic Forum in January.
But these overtures have been met with growing skepticism by Saakashvili's party, the now opposition United National Movement (UNM), and its supporters. In a televised debate between Georgian Dream and UNM members of parliament in January, MP Giorgi Gabashvili repeatedly accused Georgian Dream of undermining the country's territorial integrity by seeking relations with Moscow even as Russian troops occupy the separatist regions of Abkhazia and South Ossetia, which Russia has declared to be independent nations following its victory in the 2008 war with Georgia.
Amid unconfirmed Russian media reports that Moscow and Tbilisi are discussing Georgia's return to the Commonwealth of Independent States, a union of former Soviet republics that Georgia left in 2009, Saakashvili announced plans to initiate a law to legally tie all future Georgian governments to the country's pro-western political track.
But while Georgian Dream officials have tied closer trade relations with Russia to economic growth, they have repeatedly denied allegations the government is prepared to sacrifice Georgia's pro-Western aspirations over wine and mineral water sales.

The Ministry of Foreign Affairs has strongly denied the Russian reports over CIS talks. "Our foreign policy is towards Europe and Euro-Atlantic space and we remain committed to this course," First Deputy Foreign Minister Davit Zalkaliani said in comments to the media on January 29. "Our foreign policy priorities remain unchanged; that is full integration into Euro-Atlantic structures."