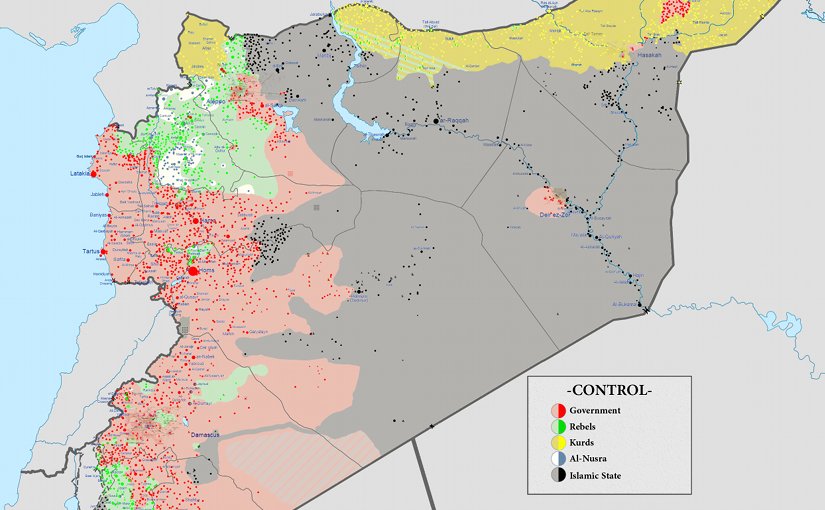 Today’s lesson in how propaganda works: The rumor mill turns a trickle of a story early this week about "thousands” of Russian soldiers deploying to Syria any day — a wholly unsourced story originating on an Israeli website — into a torrent of hyperventilating about the "Russian invasion” of Syria.

Today neocon convicted felon Eliot Abrams took to the Council on Foreign Relations website to amplify the Israeli article (again with no sources or evidence) to a whole new and more dramatic article ominously titled "Putin in Syria.” Abrams adds "reporting” by Michael Weiss, who has long been on the payroll of viscerally anti-Putin oligarch Michael Khodorkovsky, without revealing the obvious bias in the source. Never mind, all Weiss adds to Abrams’ argument is that the Pentagon is "cagey” about discussing Russian involvement in Syria before again referencing the original (unsourced) Israeli article.

See how this works? Multiple media outlets report based on the same totally unsourced article and suddenly all the world’s writing about the Russian invasion of Syria.

Now the White House has gotten into the game. According to an articleby Agence France Press, the White House is "monitoring reports” that the Russians are active in Syria.

What reports? The article does not say nor does the White House. Presumably the White House is referring back to the original (unsourced) Israeli article.

But in the category of never let a good "crisis” go to waste, the White House, which began bombing Syria last August in violation of both international and US law, has declared that any Russian involvement in the Syria crisis would be "destabilizing and counterproductive.”

Apparently a year of US bombs is not "destabilizing.”

This is where the hypocrisy is so thick you could cut it with a knife. The US is illegally bombing Syria, illegally violating Syrian sovereignty, illegally training and equipping foreign fighters to overthrow the Syrian government, and has backed radical jihadists through covert and overt programs.

ISIS and al-Qaeda in Syria were solely the products of the 2003 US invasion of Iraq under false pretenses — the lies of the neocons — and after a year of US bombing ISIS seems as strong as ever while scores of civilians are killed by US attacks.

All of this is perfectly fine and should never be questioned. But even the hint that the Russians, who have had to contend with their fair share of radical Islam and are much closer to Syria than the US, may have an interest in joining the fight against ISIS is met with hysterical reproaches by a White House that admits it has no evidence.

What is the White House afraid of? While the stated goal of the Obama Administration is to defeat ISIS, the real, long-term goal is to overthrow Assad. The Russians disagree with the US insistence that Assad’s departure must be the starting point of any political settlement of the crisis. The Russians have long ago come to understand that Assad may be key to saving Syria from the kind of jihadist chaos that has engulfed Libya after its "liberation” by the US and its allies.

That is why the US government is flirting with the (unsourced Israeli) rumors of a massive Russian invasion of Syria. Regurgitated cries that the Russians are coming may serve to divert attention from another failed US intervention in the region.

Yet the US will only work with the same states that have trained, funded, and turned a blind eye to the radical Islamic fighters as they have poured into Syria over the past four years — Saudi Arabia, Qatar, Turkey, etc.

Conspiracy-minded people must be wondering why the US is so reluctant to accept assistance from forces that so earnestly and with such military capacity seek the end of ISIS while partnering with those forces that have done so much to create ISIS.