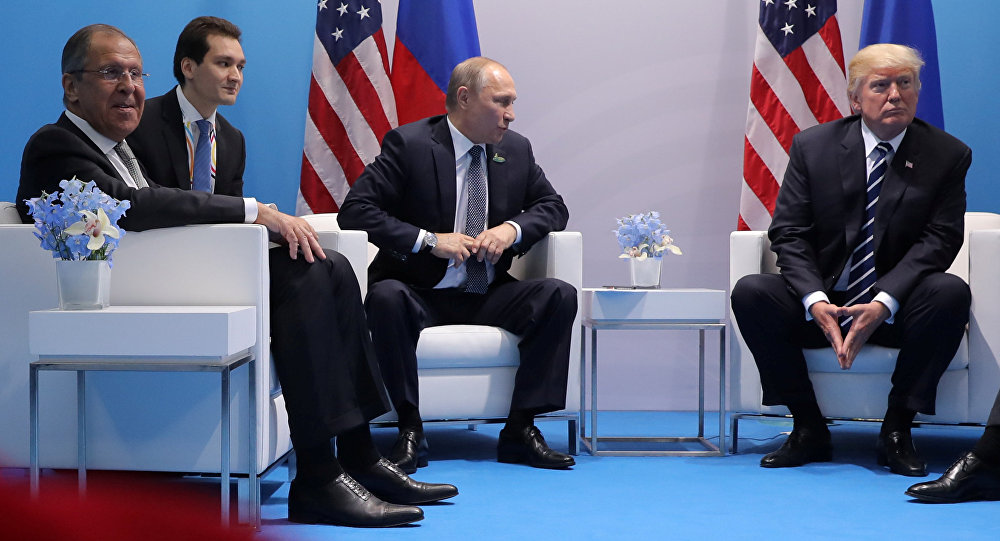 US President Donald Trump said on Thursday that the US-Russia ties are "at an all-time" and "very dangerous" low.

Our relationship with Russia is at an all-time & very dangerous low. You can thank Congress, the same people that can't even give us HCare!" Trump said in a Twitter statement a day after he signed into lawthe US sanctions bill targeting Russia.

On Wednesday, Donald Trump signed into law a new bill imposing additional sanctions against Russia, Iran and North Korea. Earlier, the bill was overwhelmingly approved by Senate and the House of Representatives.

The sanctions target Russia's defense, intelligence, mining, shipping and railway industries and restricts dealings with Russian banks and energy companies. The bill also stressed that the United States would continue to oppose the construction of the Nord Stream 2 natural gas pipeline. The law also limits the US president's ability to ease any sanctions on Russia by requiring Congressional approval to lift any restrictions.

Earlier on Thursday, Kremlin spokesman Dmitry Peskov said that Russia will defend its interests amid new US sanctions.

Last week, the Russian Foreign Ministry described the new sanctions as "absolutely illegitimate" and responded with its countermeasures, suspending the use of all US Embassy warehouses and its compound in Moscow. Russia also mandated that the UScut the size of its diplomatic staff in Russia by 755 people by September 1.