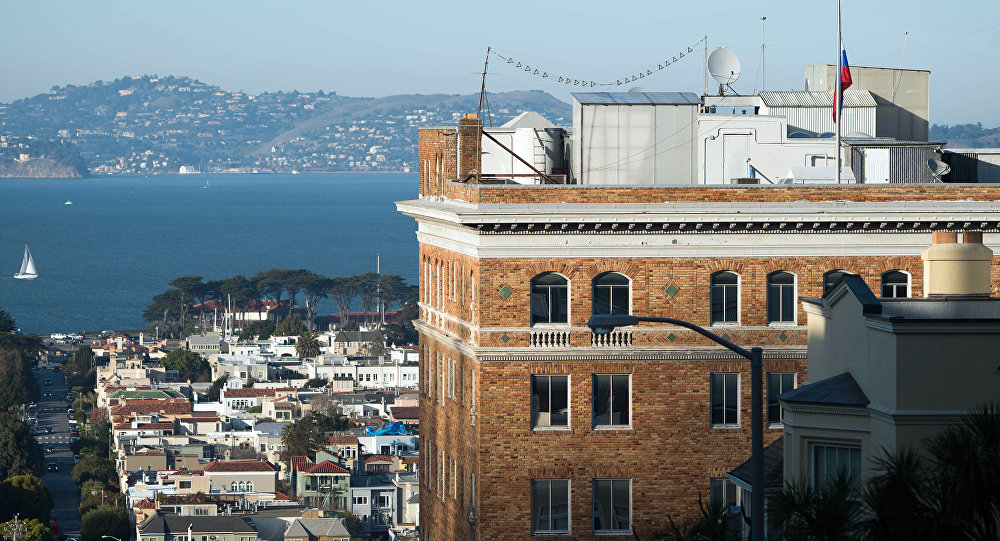 The governor of the US state of California commented on Moscow's decision to sue Washington over the closure of the Russian consulate in San Francisco, as well as the seizure of other Russian diplomatic property in the US.

VLADIVOSTOK (Sputnik) — California Governor Jerry Brown said that Russia's readiness to go to court over the closure of its consulate in the United States could resolve the conflict.

Brown told reporters on the sidelines of the Eastern Economic Forum that such lawsuits were common in the United States, and in that case, could help settle the matter.

The US State Department said last Thursday that Washington demanded that Moscow close down its consulate general in San Francisco and two other diplomatic entities in New York City and Washington, DC by Saturday. The Russian Foreign Ministry said that US actions constituted a violation of international law, including the Vienna convention on diplomatic and consular relations.

A few days later, the US conducted searches in the buildings of the Russian General Consulate in San Francisco and its trade mission in Washington. Russian Deputy Foreign Minister Sergey Ryabkov commented on the move saying that the searches conducted by the United States at the Russian diplomatic properties on US soil were outrageous and constitute aggressive violations of international law.