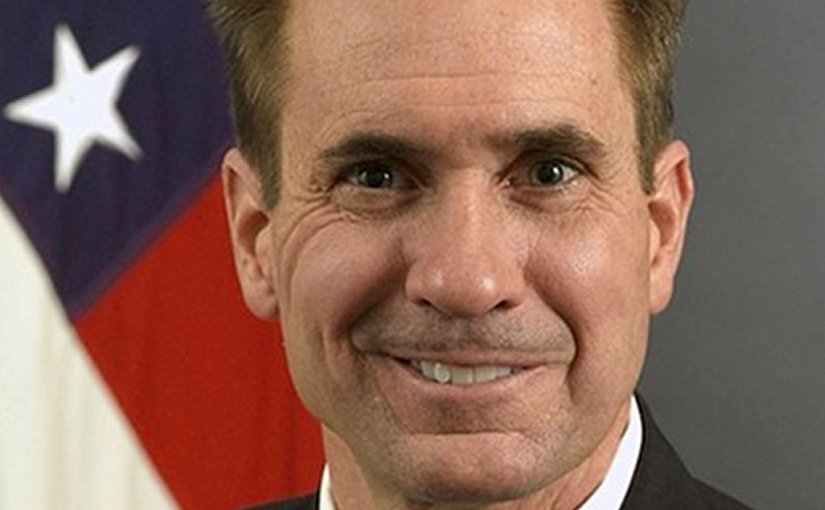 This gem from over the holidays may have passed under your radar screens. In the final State Department press conference for 2015, spokesperson John Kirby outlined the Department’s "pivotal foreign policy moments of 2015.” To be fair, some achievements warranted a mention by Foggy Bottom: re-establishing diplomatic relations with Cuba and finalizing the Iran deal are two bright spots in the otherwise foul witches brew called "US foreign policy 2015.”

However in amongst taking credit for eliminating ebola and saving the Arctic from global warming, Spokesman Kirby let loose with this zinger — an "achievement” called, "Bringing Peace, Security to Syria.”

In what can only be described as truly bizarre, Kirby reiterates US regime change policy toward Syria as responsible for bringing peace to Syria.

…in December, the UN Security Council passed a US-sponsored resolution that puts forward a roadmap that will facilitate a transition within Syria to a credible, inclusive, nonsectarian government that is responsive to the needs of the Syrian people.

Not only is this pure Orwell — fomenting sectarian war is, to State, waging peace — but it is a completely dishonest mis-representation of the resolution. The resolution did not at all envision regime-change for Syria but in fact laid out a plan to disqualify for any future leadership role the various jihadist and other terrorist groups the US had been supporting directly or indirectly for four years!

Kirby is right that "…the Syrian people have borne a heavy load.” But he fails to mention that the "heavy load” is entirely due to the regime-change foreign policy of the US and its allies over the past four-plus years.

War is peace! Diplomacy is violence!

This article was published by the RonPaul Institute.