"The first cocktail was thrown outside. It broke, the liquid  spilled out, doors, and furniture, which we had used to barricade ourselves inside, started burning". "The lights turned off, and there was real hell. Dark, burning glare, screaming, hysterical howling. The screams of dying men." "People fell from the windows, they were finished off at the bottom". "We started calling family and friends to say goodbye". "They scoured the premises, axes had cut the doors open, those who were there, were killed." It's not the memories of the victims of the Nazis during the Second world war. These are quotes from interviews with eyewitnesses of the Odessa tragedy, included in the film of German journalist Ulrich Heyden - "Wildfire" (Lauffeuer).
Translated by Ollie Richardson for Fort Russ
6th February, 2016
mk.ru 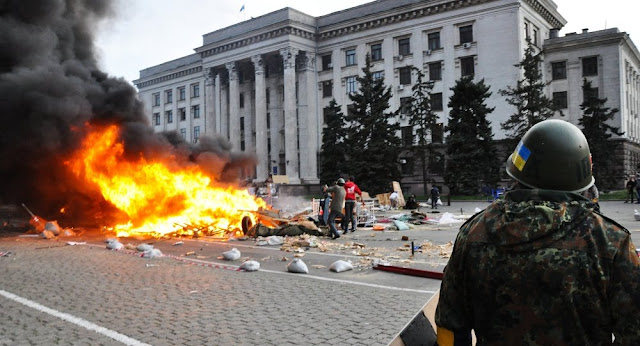