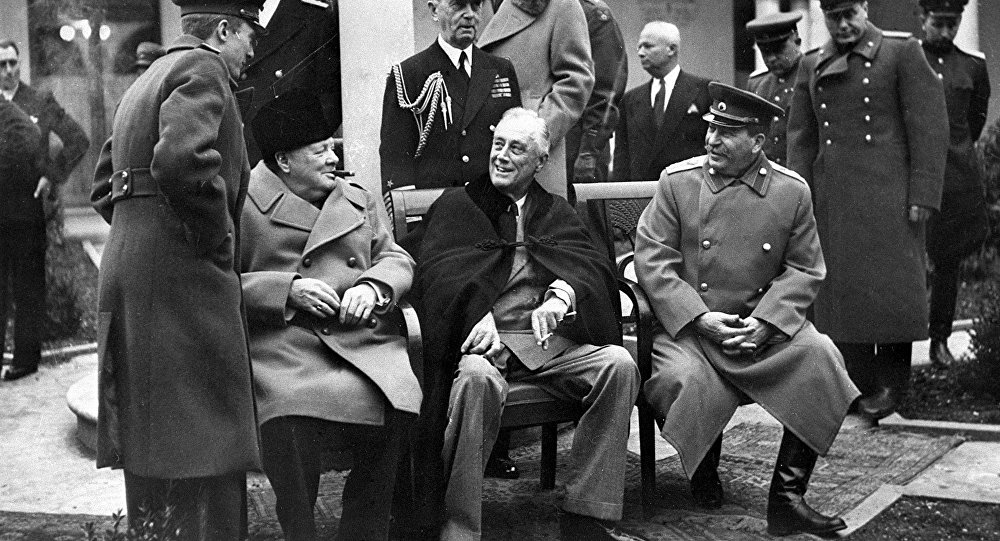 The world's countries should build their relations both based on history lessons and directed at the common peaceful future, Heads of Diplomatic Missions of Armenia, Belarus, Kyrgyzstan, Russia, and Turkmenistan to the United States said in a joint statement on the 72nd anniversary of Victory Day.

WASHINGTON (Sputnik) — May 9 is widely celebrated as Victory Day over Nazi Germany in World War II in Russia and former Soviet republics.

"History teaches that countries and peoples must try not to overlook how new lethal doctrines arise and how new threats emerge. War’s lessons admonish us that complicity in violence, apathy and waiting inevitably lead to dreadful tragedies on a global scale," the ambassadors said. "For this reason, countries must forge relations that are not only held by our past lessons but that are also anchored in our common future."

"This holiday unites generations and our nations who 72 years ago overcame the ultimate evil of Nazism. That is a long time, but the peoples of our countries remember everything about that war: deprivation and hunger, bombing and destruction, and a fearful numbers of losses in human lives," the statement read.

The ambassadors noted, "We have never set our victory apart from that of others, and we will always remember the help we received from our allies ‒ United States of America, United Kingdom, France, other states of anti-Hitler coalition and European anti-fascists."

The heads of the diplomatic missions also stressed that their countries consider unacceptable the purposeful attempts to rewrite history, as well as to distort and revise the outcomes of World War II.

"We consider inadmissible any attempts to glorify Nazism and militant nationalism," they stated. "We believe that all countries should do everything within their power to counter manifestations of neo-fascism, chauvinism, hatred based on nationality or religion, and all forms of xenophobia."

The ambassadors pointed out the importance for the new generations to continue the tradition of celebrating Victory Day and expressed support for the Immortal Regiment marches held throughout the world, including in the United States.

"We are proud of our compatriots as well as those Americans who are engaged. Traditions are vivid and taking new forms," the ambassadors said. "Happy Victory Day! Happy Common Victory!"

A military parade to honor the 72nd anniversary of the end of the Great Patriotic War was held on Moscow's Red Square earlier on Tuesday. Many other Russian cities also held their own parades to mark the Victory Day. The day's celebrations will conclude with fireworks on the Red Square after dawn at 22:00 local time (19:00 GMT).